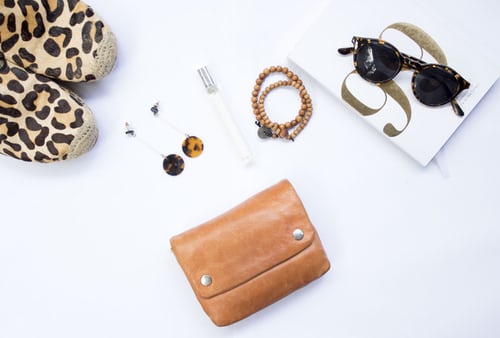 What Toxic Workplaces Can Do To You

A toxic work environment is just as worse as having a blister in an appropriate part of your body. So inappropriate that you can’t even sit well.

There are people who wake up every morning to go and bully others at work, netizens have learnt. It is a culture that has taken root in most workplaces and makes one wonder if the HR policies tolerate such toxicity.

Appreciating workmates efforts and motivating them to keep on keeping on escalates productivity within the company. However, some colleagues seem not happy when they see you win. They want to see you crawling below them.

These bullies will attack you from any angle that they know will put you down. They will constantly correct you, undermine your decisions, comment on your dresscode, your accent and also – wait for it – give you some beatings if you stay long in the washrooms.

They will go as far as blocking your chances of being promoted at work and even throwing dirt on your name. Yes, they wear a variety of hats like that.

A study conducted by Australian researchers at The University of South Australia found out that working for a company that lacks psychological safety triples a person’s chances of suffering from major depression.

Psychological well-being at work should be a necessity. Being toxic to a colleague does not only tamper with their mental health but also puts a dent on the company’s image.

A famous street quote echoes, “if you don’t heal from what hurt you, you will bleed on those who never cut you.” Most of the work unit bullies are broken inside, and they find joy when they break others. They will use employees respectful nature and kindness as a stepping stone to massage their egos.

Such toxic traits have led to genuine people losing their jobs, opportunities and even getting self-esteem issues.

It is a debacle to grow in a toxic workplace. Everytime you try to elevate your skills, the bully shows up and disregards your efforts. The motivation and inspiration to move to the next level in your career gets knocked down to a point of getting burnouts and stress. It eventually becomes a pet peeve for you to wake up every morning to go to the same place that see you as trash.

It is unhealthy to stay at an environment that doesn’t value your input. It’s even more chronic, so to say, to tolerate workplace bullying. Some people persevere in such places only because they have no alternative job that will bring food to their table. They end up suffering silently in the hands of ‘resident evils’. Because they know very well if they speak out, they risk losing their job.

Some even go to extends of living a fake life, because their bullies have tuned them to think they are unworthy. They will forge a lifestyle, an accent and even their work engagement just so they may look perfect in the eyes of the bullies. In the end, they end up messing themselves and their careers.

Trying to fit in in a clique can mess you up big time. Of course, there will always be that squad that always stick together, go out for lunch and coffee dates together, have inside jokes and gossip about others in ways you can’t tell. They will look down upon others and invariably make you feel excluded.

It’s even worse if such cliques includes management and executive-level employees. The toxicity influence within the clique will be evident and what’s the end result? You guessed it – toxic workplace.

The worst mistake you can do is trying to fit in such cliques in the name of saving your job. You will be doing nothing but forcing issues and putting your peace at risk.

With such traits becoming more and more common, it is best to have a back up plan. Have a side hustle that you can fall back on if things go south. You can’t stay long in an environment that doesn’t see you as a fellow human being. Furthermore, You don’t leave a job, you leave a bad boss.

Bosses should put any form of toxicity to a halt. Employees need psychological safety as well. Depression is triggered by many factors, workplace toxicity and discrimination should not be one of them. Everyone deserves to grow in their careers, build skills, create resourceful networks and stay productive.

When praying for a job, also pray for a working environment that won’t lead you to depression.

Apply To Attend The YouthConnekt Africa Summit 2022 In Rwanda