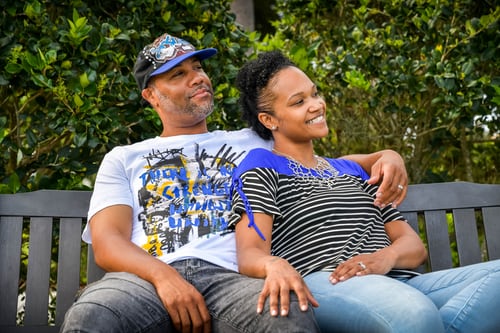 This is Why Age Matters in a Relationship

The old adage that goes ‘age is just but a number’ is stale news. More often, people who use that line are men dating older women or young girls dating extremely older men. They use the cliché line to justify their actions.

Living in an era where everyone is entitled to his opinion and anyone can do what they want, millennials are taking advantage at it’s extreme. It is almost becoming normal for a 20-something year old man to be in relationships with a 50-something year old woman. And no one will say anything to disregard the relationship. After all, even big names are doing it; look at the gospel artist Guardian Angel, and even bigger names like the French president Emmanuel Macron.

But does age really matter? Yes it does. And this is why.

First of all, the traditional societal set-up expects the woman to be younger than the man in a relationship. And that is clear, copy that. There is that biological aspect tied to it. And women will use that to nullify any guy pursuing them who is younger than them.

A young man dating an older woman may be peculiar in the eyes of many. It comes out as something alien because we are wired to believe the woman should always be younger than the man. And there is a reason to that.

Men are programmed to think of themselves as leaders and providers. For some unfathomable reasons, leadership comes with age. The more years you spend on earth, the more you become wise and experienced in different aspects of life, isn’t that so?

When a man is younger than the woman, there are more chances that respect will only exist in the dictionary. Why? You ask. Because his views and opinions might be regarded as childish and senseless. There are phases of life that dictates how we think, how we carry ourselves and even how we dress. A 20 year old will have different thinking scale compared to a 40 year old. And that is on experience.

As for young ladies dating older, extremely older men, it is clear what the intentions are. Many might sugar coat that love is blind, but what is a 21 year old campus student doing with a 70 year old man? In most cases this extremely old men are always rich and wealthy. You will never find that 21 year old young lady salivating for a broke 70 year old. The intentions here are transactional.

It is okay, very okay, for a young lady to have a man who is a bit older than her. Maybe 5 years or 8 years older there. Same for men, there are striving couples where the man is younger with 2 or 3 years.

What matters mostly in such relationships is respect and maturity. Here, maturity doesn’t mean age. It means being able to understand your partner, being able to solve issues like adults and being there for each other no matter what.

Do You Even Know Yourself?

5 Signs Your Partner May Be Cheating On You