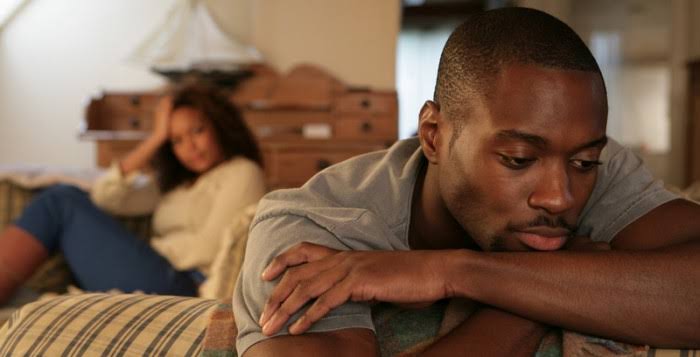 We all have exes. Some have 2 exes, some have 7 exes, guys like me have 4 exes (2 that are known and the other 2 kinda dated themselves) and those ladies at the back with light skin complexion, shaved-and-drawn eyebrows and tattoos on their cleavage have only 3 exes, but we all know they have countless exes. If you don’t have an ex yet, you are apparently reading content that’s above your understanding, there are cakes and tea as you walk out the door.

The point is, we have all ever been in love with the wrong match. We got attracted to people that we later realised weren’t as good as they presented themselves, or they weren’t as perfect as they packaged themselves. We once loved them deep down near the abyss of fairytale. We shared with them all that we could and even travelled to the moon and back for them.

Then we broke up with them. From babe to ex.

The ego in men is unbeatable. It is the wall that separates happiness and sadness. Someone somewhere said it’s hard to advice a woman who is in love? You haven’t met a man with an ego. Men with ego can’t even be looked straight in the eyes, because they might end up murmuring, “You want to fight?”

Men have been known to be the ones with the crown of ego since days of yore. They dangle the crown on their heads and pass it down to their boys. Not once, but copious time will you hear the famous street adage, “Black men don’t cheat.”

Break ups tend to slap different. Men would prefer being the ones doing the dumping to being the dumped. They’d rather call the relationship off before it all burns on them. Unfortunately, God seems to have a sense of humor, more often than not, men end up being the ones being dumped. It’s hard for a man to say no to a lady’s advances. And ladies are well familiar with that fact. Such a loophole has led men to sheets with all ilk of females, and also, led the same men to break ups.

Men react differently towards break up. They act as if it’s wasn’t a big deal. They dress up their persona in a happy suit and smile to the occasion. Immediately after the break up, they start massaging their ego. With a don’t care attitude, they throw shade in tweets and WhatsApp status. Deep down they wish they could cement the love but their ego holds them back.

Some asserts that an ex will only text you if he has sexual thirst, in other fine words, dryspell. But apparently, that might not always be the reason. Some exes randomly text to confirm if you moved on, if you are happy or if you are suffering. The thought that you moved on, doesn’t make an ex happy at all. The wound of heartbreak starts oozing again once the ex gets wind that you are happier without them. It’s a funny world, I say.

It’s a funny world? It’s even crackier that you can love a person so deep today and hate them so bad tomorrow. The transition from love to hate is unfathomable. If you met your ex today, would you say hi? Would you hug them and engage in a comfortable talk? Would you?

Life itself is a mystery, and graphed. It’s more like scripted. We realise later why we met some people, why we fell apart with some, why they did what they did and also, why they acted as if we never mattered.