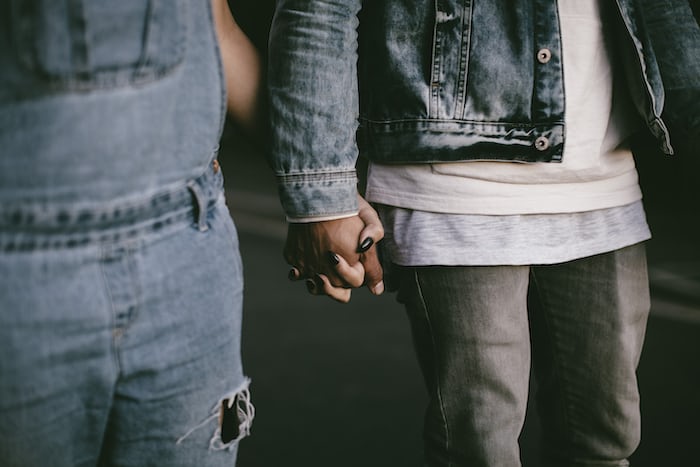 The Day I Became A Husband To A Loan Seeker

This will be the forty-eighth time I will ask the Atwoli proverbial question, “In whose hands are we safe?” And the answer has always been that you cannot be safe in anyone’s hands. I say this, very angry at my friend.

If you care to know, this is a long-term girlfriend I used to eye sometime in my Second year. It turned out that while I was working so hard to grow a few strands of beards to appear likable, the trends were changing so fast.

When I had beards, ladies were attracted to guys with dreadlocks. I jumped on the train to have some artificial dreadlocks. And the award for The Failure of the year in a row came to yours truly.

Not to brag, but by the time I was catching up with the last trend, which was guys who could dance, Connie was into men with good scents; ‘marashi ya woria.’

It appeared that we wouldn’t work, and I stopped trying. Later, Connie confessed that “You should have insisted. I was into you too.” Ladies!While things never worked out, I enjoyed months of dancing on thorny dancefloors of her friendzone.

At this stage of our relationship, Connie asked if she could use my name as a guarantor to secure a loan from one of the many money lending apps.

If you have been to university, you know you can easily sing “msaada wangu unatoka kwa Tala” or any other digital money lending app. On this day, it was Connie’s turn to finance lunch for her new catch, a cute Ugandan boy who had just joined our school.

I agreed to help her because of our friendship. Deep down, though, if you think about it keenly, I might have convinced myself that allowing her to use my credentials as a guarantor would increase my chances of finally walking out of campus with a wife (Connie) after graduation.

The next few weeks of the semester saw her treat me to fries, a movie night, and even upgraded from side hugs to those long, motherly, and therapeutic hugs that, when given, you want to pay an annual subscription for them.

I did not know whether she realized what she was missing the whole time or if it was just hormones in her monthly periods. It, however, dawned on me that she was employing some public relations tactics on me, specifically self-fashioning. This is where someone presents themselves in a way that they are likable. I was wrong to cling to the “there is something about petite girls” narrative.

On this hot afternoon, my phone rings while chilling in my crib. I do not want to be bothered because I am watching Kyle XY, and a neighbor is consuming the herb, and it’s killing me. I struggled to pick up the call. “Your wife has signed you up as a guarantor, and we would love to request your help to tell her to pay her debt.”

Wait. Connie said I was her husband. And yet the man she was pleasing was some cute Ugandan boy who did not even know how to tie his shoes?

The caller went on to rant about the headache Connie had caused her and a few other agents and that she needed to pay her debt immediately. I felt pity for her, and the meaner me almost asked her to send me something on my till number because she was now enrolled in my therapy session. That aside, I was mad at Connie for making me her husband without my permission. I never had a chance to date her; it was unfair to be used as a guarantor and a husband.

While I explained to the caller that I was not Connie’s husband, she started crying. I could tell that making Connie pay this debt was all she was hanging on to. Or she was a lastborn, and being Gen Z; this was a tough job. Or maybe, she was so sad that I was denying my husband responsibility.

Whatever it was, I would never know. Nevertheless, I know that being a husband is a strange word in my dictionary.

On The Other Side Of Kindness