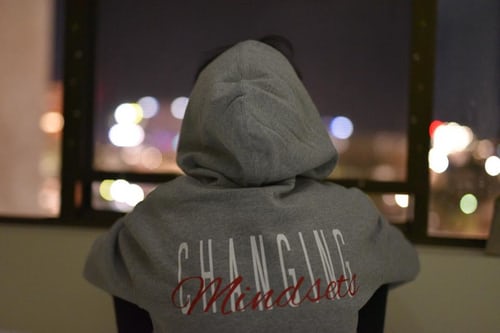 TIME TO RESET MINDSET FOR US TO BE RATED

It’s still vividly clear in my mind as if yesterday. So fresh. The unit was dubbed PHIL 104, Introduction to philosophy. At first it got me thinking. Computer science and philosophy!? Where do they meet? It was a common unit. Anyway, it was for partial fulfilment of the course, I gave it some fair share of attention.

Dr.George Simiyu could speak some soothing lullaby in those classes that tempted us to wish each other good night on the onset of every class. Metaphysics, rationalism, empiricism and sundry were the concepts there in. Just to mention but a few that my cerebral cortex managed to store without corrupting the file.

Something that has given me this beautiful reminiscence is a concept on pre-convention, convention and post-convention, so that I don’t leave anyone agape, wondering what animals are these. Speedliy to bring us on the same page. Convention is something that is accepted in the society as morally good or to be followed. This plays a major role in who we became and affect our decision making and thinking.

Under pre-convention we have individuals who entirely rely on others for decision making, includes children under 10 years, mad people etcetera. Convention as have already said are the ideal principles, values, that are accepted by the community. They may not be necessarily ultimate. Arguably, under post convention, the crux and the reason I pulled my pen to spit this piece. Here is where, individuals in this category, thinks outside what the society believes and craft their own modus operandi of doing things and thinking.

Most people here are always with an insatiable thirst for change and reforms from the status quo. Mark you it’s not subversive unless you take it negatively. Very few are found in this category. It’s not reserved though.

Linear-thinking is the biggest enemy of innovation and creativity. We need to be warned in this generation where innovation and creativity are the game charger actions. If you live under the sun, like I do you must have come across this fellas, not to be surprised may be it has come from our own mouths saying ‘however much try it always fail’. ‘In our community people don’t excel much’. ‘We don’t have enough resources in our community to become anything’. There is no equity and equality in our country, so I can’t be anything ‘ Are these statements relatable to us?

Late senator Victor Prengei, may his soul rest in eternal peace. He was so courageous to beat every odd in his way and fought with a positive mindset from a minority community called Ogiek. He rose to leadership ranks until he became a competent senator. For the first time in history Ogiek had a representation in the Senate.

Who doesn’t know Prof. Hellen Sambili? You must be a stranger in Jerusalem if your hand is going up. Formerly minister for higher education, that’s a very serious portfolio y’all. Even before going there , just attaining the professorship, ain’t a joke from them that have that experience myself excluded, hehe.

The reason why I have hand picked her is the story I heard about her in a some conference where she was the keynote speaker. She comes from a community that know nothing and believe nothing on women leadership. She rose against the conventional and defied gravity and she became who she is! An incisive and an astitute mind that many admire and an inspiration to tons of people including men from her own community who were stabling blocks to her unstoppable dreams. MINDSET dear reader is of essence here.

Safara Kathimiti for those who know him: street urchin in Nairobi. From streets he is now a clout, a wave because he believes he can become anything regardless of where he is at the moment. A Destitute and with nothing attractive. The hit maker of ‘Mungu bariki chokora’ is a force to be watched. He is already a social media sensation. Shout outs to Mungai Eve for giving him a platform to showcase the positivity he has that needs to come out here for impact. Moving from potential to performance. I say it again, our MINDSET needs resetting for anything for us to be rated.

Reasons Why You Should Date/Marry Your Best Friend