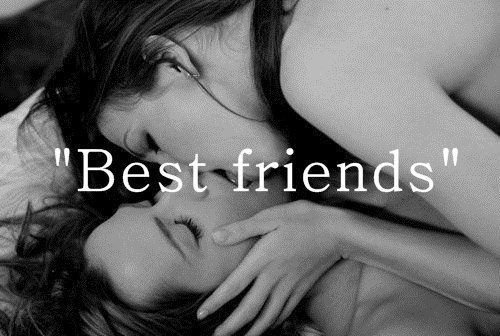 MORE THAN FRIENDS, LESS THAN A COUPLE

Tuanzie hapa, having a best friend of the opposite gender should only be for the single people.

I can’t even stomach the thought of my girlfriend having a Jemoh as her best friend. Hold up, there are so many fishes (yes, fishes) in the sea that she can choose her bestie from; why go for a shark that will eventually ‘eat’ her.

It’s not bad (atleast not that bad, bad) to have a bestie of the opposite gender. We all need each other in this life to survive. And having a same-gender bestie doesn’t make you more faithful neither. You could be smashing with your same-gender bestie; this fucked-up generation is unpredictable, you know?

Getting naughty with a bestie has been normalised. I recently bumped onto a tweet saying, “I don’t want something serious, we can just be friends and smash.” It got me feeling like love is becoming a clichè and that one would actually look like a fool being in relationship, in this era.

Coitus has a way of connecting two souls. You might be having those ‘friendly matches’ but somehow one of you will get feelings. One of you will be convinced that you could actually be as good in a relationship, as you are in bed.

Boundaries are paramount in any relation. There should be a limit in every interaction, Lest you find yourself in a relationship with someone who is not in your calibre. Utaambia nini squad?