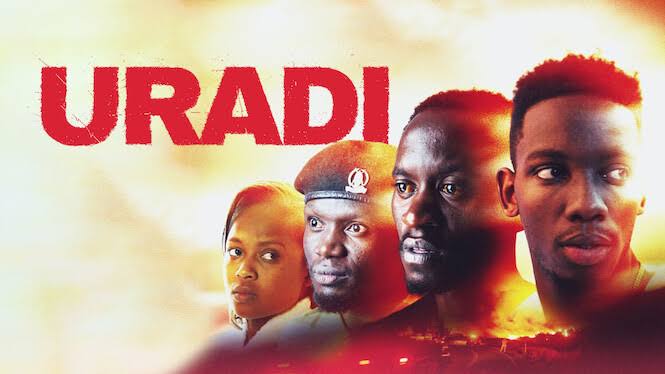 Unemployment, poverty, early parenthood, terrorism and radicalization. Uradi is a film that weaves different stories to package an excellent Kenyan crime film that will be a material of reference to future generations.

I am writing this, not as a film critic, but an ordinary Kenyan bored by his existence and decided to watch a Kenya movie. Immediately after it occurred to me that Uradi was on Netflix, I quickly checked it out. And when the first person I saw on the first scenes was Shix Kapyenga, I knew this film was great.

I first watched Shix Kapyenga on Nairobi Half Life. She was then playing Amina, a prostitute. If you have watched it, you know she nailed it. But before I go far, I would love to note that Shix was not given much material in this film. Maybe that was how it had to play out.

Now, let us talk Uradi. In Swahili, mradi is a project, venture or layout. The film title, Uradi, makes sense if you use the Swahili definitions. Now, stick with me so that I can tell you how ‘project,’ ‘venture’ and ‘layout’ played in this incredible Kenyan film.

The film starts off with Komu (Played by Mwaura Bilal) having a playful conversation with his girlfriend, Shix Kapyenga. News of his university admission arrive and it is time he goes to Nairobi to pursue architectural engineering. Unknown to him is how his architectural skills will be used in terrorism. Again, unknown to him is the fact that he will one day be involved in criminal activities.

When life gets tough in campus Komu turn to petty crime. This drags him deeper into radicalization and terrorism and getting out becomes even harder. While he lives a lavish lifestyle, his skills are in use to plan terrorism attacks in the country. How did he reach there?
Criminal masterminds have “mikono mirefu kushinda ata za government,” meaning that they are well connected with those in power. They thus use that power to carry out terrorism attacks. But who does the dirty work? The broke youth like Komu who cannot even pay a restaurant bill for a girl they take out for dinner. People like Komu who have skills that can help execute a terrors attack. And Komu was a good candidate because he was sharp, knew how to interpret the structure of buildings quickly and could interpret coordinates.

While people like award winning actor Rober Agengo (you will have to watch the move to get his name in the movie) think that Komu’s skills can help save the lives of his wife and kids in Kayole (there was an attack in plan), Kenyan prolific actor Peter Kawa (who played Lieutenant in Uradi) felt he was useless and wondered why their boss choose him. Perhaps this is why Peter Kawa stood out f or me. He was ruthless and a piece of shit. He got into my nerves. Komu was excellent. He played his parts well. He did not disappoint with his emotions, something I feel most Kenyan actors need to master.

While the film story was great, it was also an ordinary crime film. Uradi is not that much different from 4o sticks (which both Mwaura Bilal and Robert Agengo feature), Nairobi Half Life, and Nairobbery. It feels like crime and action does better genre-wise.

I honestly loved the film. However, I will not sleep well if I do not say I noted some loopholes. For instance, there is still that stereotypical perception that a Muslim/someone who looks like one, is a terrorist. I saw Muslim girls operating computers (they must have been be good with cyber intelligence) and the terrorist kingpin being a Somali. I honestly thing media messages needs to be shaped better. Yes, anyone can be a terrorist. In fact, Jemo (played by Switch TV Show presenter Manasseh Nyaga) says that the real terrorists are greedy politicians who embezzle money set aside for development projects. But the fact that the film still profiles a certain group of people is something future film makers should look into.

Another important aspect that I need to mention is the good work the police do and goes unrecognized. A man from the National intelligence service has been following Komu. He sold eggs and smokies at his camps, followed him when he was using his architectural skills to study buildings for in preparation for a terrorist attacks and interceded before he went to deliver a package that would have killed so many people at Kayole and maybe the Danish embassy. The intelligence team helped stop the attack and even captured the criminal masterminds. I believe we do not appreciate such efforts as we should. And Uradi highlighted this aspect perfectly.

Apart from Shiks Kapyenga, more women need to take active roles in the Kenyan film. I watched the premier of Jennifer Gatero’s film, Nairobbery, and I noticed a balance was almost achieved. In a world that is struggling to fight for equity and equality, Kang’ethe Mungai, the writer and director of Uradi, and many others should check on that.

Again, I am not a film critic, but I believe as a media student, I have learned two or three things about film and so I think this review or whatever is, is worth your time. I’d love to mention that you can watch these Kenyan films on Netflix; Poacher, 40 Sticks. Disconnect, Sincerely Daisy and Uradi.