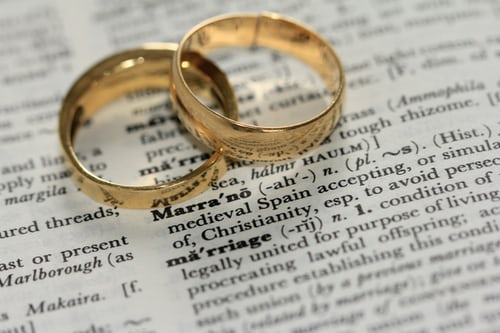 Reasons Why People Have Affairs With Married Men/Women

Having an affair with a married man or woman should be added in the 1000 ways to die. Copious numbers of young people are losing their lives in this act.

“I wish I met you before my wife” is the line most married men will use to lure young girls into having affairs with them. These men will lie about having issues with their wives and even have the guts to tell you they don’t stay together.

Two weeks into frequent dates and chatting with them, they will invite you to their home. At this point you already know that he wants nothing else but sex. Those who have housewives will book a hotel room for the two of you, just so they can escape the claws of their wives.

It is a daring experience. And this does not only happen between married men and young women. Married women have also learnt the ropes in the game. They have mastered the art of luring young men into the chase.

It is all rosy and paradise untill you are caught pants down. You have probably seen the many videos online of people being shot, stabbed or even fought mercilessly by their partner’s married lover.

In one video I came across on someone’s WhatsApp status involved two people having their good time in bed. Then later a guy storms into the room with a knife and starts stubbing the guy who was chewing his wife. The guy manages to kick the husband and escapes. The husband then directs the anger to the wife and stabs her to death. It was a sad one.

Having an affair with these married people doesn’t end well. People have anger out here, and they will direct it to you when you you cross their line.

Young people engage with with married people for many reasons such as:

Fantasies are free, and everyone is free to have them. The older people have the fantasies of dating younger people. They wish to have the young energy restored. With this in their fantasy bucket list, they will go against their marital vow and engage with young people.

This also applies to young people. Young people have fantasies of getting between the sheets with older people. This leads them to get sugar daddies and sugar mummies so as to quench their fantasies.

It is automatic that an affair between a married person and a young person is always transactional. The married person will offer money and other benefits such as gifts so as to gain the attention of the other party.

These young people will fall for that. The reality is, most young people are broke. They are in the line of applying for jobs, building careers and maybe still schooling. When a married person comes their way and promises money, they will just give in to the trap.

People are always curious to know what they don’t know. Married people will want to know how it feels being in a relationship with a young person. They will leave their wives at home and go fetch a younger girl at the club, just to feed his curiosity.

Ladies love feeling secured. So do men. Security doesn’t necessarily mean being protected from harm. But here, security also means being financially sure, and not worry about anything.

The quest to have a financial security will lead someone to giving in to a married person.

Apart from it being transactional, it can also come out as genuine love. The married man could be genuinely in love with you. And vice versa.

After all, the line “I wish I met you earlier” could be coming from the heart. The only obstacle here is that the other person is married and maybe has kids already. But since you love them, you continue sticking around.

In most cases, married people will not tell you how dangerous the affair can get. They will only show you the happier side. The glittering side of life where money, gifts and sex are involved.

There are affairs that turn out well. Where the married party in the relationship decides to divorce or separate with the wife/husband and settles with you. This is a rare occasion. You will even here some telling you straight in the face that they can’t leave their wife, and neither can they leave you.

In instances where the married person is not ready to divorce or separate the spouse, you might end up being either of these two things, a clandestine or a second wife. The latter can only apply when the wife is not a psycho.

An argument was once raised on Twitter. Where a guy had tweeted “when the husband is rich, the wife will not bother even when he cheats as long as he comes back to her.” This aroused feelings in many tweeps. Many came out saying it’s not about the wealth or the money but the betrayal.

As aforementioned, some of these married people lie that they are not married thus easily luring youths into the trap. So many young girls have fallen in love with married people thinking that they were bachelors. Also, mny young men have gotten themselves in these traps where older women seduce them with money.

Like Bien of Sauti sol said, “Bibi ya wenyewe ni no go zone.” Yes, they should be voided, unless you want to go six feet under this early.