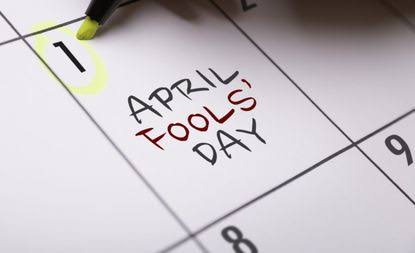 April is finally here, new month- new energy. And with it comes the day when ‘fools’ are tested, through pranks, hoax and jokes.

April 1 is celebrated as April fool’s Day worldwide. This day has been celebrated for centuries by different cultures in different corners of the world.

The origin of April Fool’s Day has never been very clear. However, some historians trace it back to 1582 when France switched from the Julian calendar. People who failed to recognize that the start of the new year had moved to January 1 and continued to celebrate it during the last week of March through April 1 became the laughing stalk, hence April Fool’s Day.

Jokes and pranks can go south at times. As you play the pranks, hoax and jokes on your friends and family, here are two unwritten rules that should be followed: