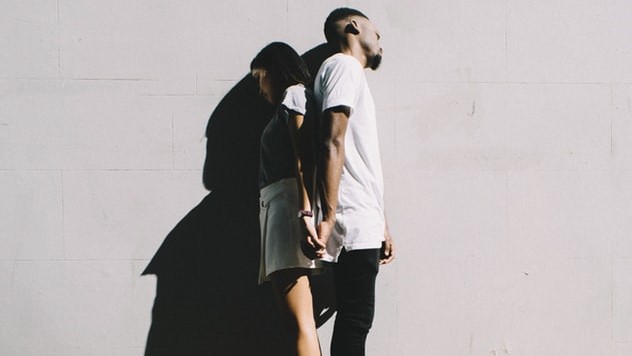 His word meant the world to me but I meant nothing in his world.

The petite look and the mousy attitude told it all. What was so sad that even his look couldn’t stand? A case of lost trust perhaps, maybe something even worse I mean how else would you explain how he ended up a casanova at the tender age life had accorded him. This outrageous character blended in so well with the way he knew how to sweet talk a person I totally failed to understand what was missing in action. Then I learnt how a monster he was the day he thrashed an aperture card I had invested my time and money on for his graduation. This was someone I had been through thick and thin for in attempt to feel appreciated rather feel loved. I didn’t know I was submitting my resume for an odd job. His cook cleaner, sex toy, all for what? To end up his punching bag when he felt he’s eaten well and needed to flex his muscles a bit. You might begin to wonder why I was stuck there regardless of the situation, it was all for love, for a four-lettered word it was for love how else would I explain for people to understand? He was my first love. The next time you want to convince yourself that someone is your first love better be ready for the price it comes with. So listen to my story;

I met him a few weeks into settling down as a first year back in college. I was on my way to get supper from the dining hall when our paths crossed, he was with his crew as he liked to refer to his tribal based group of friends. Cold stare is what I served him with to go with his eyes that were trolling on my body. I found it offensive and uncomfortable, so I quickly rubbished his salutations and made my way to the counter to get my share of a rare delicacy, posho greens and beef. This act must have insulted his ego, like the way his friends roared in laughter followed by “faso anakung’aria bana” these words somehow got to me I almost gave myself a pat on the back like where did I even get the guts to do that? This was the beginning of something beautiful yet short lived there after turmoil and pain. My close friend told me she had heard of the ordeal that took place earlier on and she warned me that I needed to watch my back because I had messed with the wrong guy. Well, i had to do my homework because I’m a kind of person who hates surprises. Two days later, I had gathered information on the guy, I hate to admit it but the positive aspects of him superseded the negative energy in him. How do you explain a CR7, in Idris in Peter Okoye in Tokodi? Right unfathomable, I thought so too the combination came through easily I began to understand his charismatic nature, I suppose that is all that mattered at the time. I had done my homework but at times that’s not all you need as a candidate before sitting an exam. At this juncture I can ascertain to you that had I taken enough time to comprehend the information I had, today I wouldn’t be telling this story.

I began giving myself reason to hear out the guy whenever he approached me. This guy was crazy he went out of his way to know who my roommates were, coincidentally, one of my roommates was a third year just like him and his tribemate. Need I say, she was going to be the reason I knew the guy’s hostel after we were invited to attend the grand birthday party. That day, as naive as I was got dressed for the first time to attend a birthday party at night. I didn’t know what to expect as I was only a first year student involved in a third year’s birthday affair. I believe it was the first time I encountered guys smoking bhang the inner voice kept pushing me to vacate the room but the depth of curiosity kept me looking around hoping to get a reason to stay long enough to quench my doubts. In no time the party gets on my nerves as guys are busy romancing. That of course was not an issue just that this time my age was being violated I mean I was a minor at least I thought that being I was just 18. My thoughts quickly signaled ‘hii ni tabia mbaya’. The lectures mom and the whole extended family had given the night before I reported to school must have sank deep. One that I remember vividly was what my favorite uncle said “Now, you’re like a butterfly whose wings have been held tight and now it’s time we let go, choose how your flight will be carefully” with such heavy words, I held on to them so dearly that I didn’t want to disappoint him, at least not less than a month into school. His emotions could be told with the way he expressed interest in my well being. I owed it to him to be responsible in all my actions. The inner creepy voice once more was reckoning this time it fell into deaf ears as I had already made a decision to stay in my corner and watch everything that was happening. “Faso niaje,” I found this sort of thing annoying but it was all I had heard since I arrived. Glasses were tossed in the air as they began chanting the birthday song. The dapper birthday boy showed up his dreads nicely done and his brogue told he had taste. Oh my! Wait did I remember I had a commitment to live up to? That I had to stay focused and not get distractors like this chick magnet? Anyway, would I be the only one left out if I chose to stay in my corner? My eyes fixed on the guy, I slowly found my way to the door when I was about to reach the knob, someone tapped me on my shoulder, “ Babe unataka keunda mapema aje na hatujakata keki na wewe?” My fears dawned on me that I had already sent an apology to my uncle for what was about to happen. Lost between responding to him or turning the knob on the door. Either choice I made had repercussion so it was left for me to choose which one I’d bear. For a moment I understood that I was about to board my flight just not certain about it’s destination.

Dang Girl🔥What An Article This Is!

What an interesting piece……
This is a common college/university life explained in a simple form.

I can’t seem to comprehend it too

Keep bringing this on ……✍️✍️✍️

Interesting piece of article,i love your work. I too I’m a Poet and having lot of love to people like you doing pieces of work like this. Big love Cathy…

It’s amazing✨💖…the flow of the story…it makes you..feel like you’re in the story..like you’re in it… congratulations …keep it up…it’s good …keep going💖💖💖all the best..Kate.

This is superb work Kate. The artical is Lit. I felt like I was in it too. Keep me posted on the next chapter.

I will keep you posted

It’s a beautiful story, one that’s addressing issues most of us young people are afraid to talk about after we’ve messed up in the name of love

Results of a thoughtful mind with a good command of the English language, I can’t wait to get the missing part of this.

Thanks buddy I appreciate your support.

Beautiful piece to the computer gene. Good lessons / message for the youth. Keep up

Wow! Nice piece indeed…this is how early campus life behaves…giving love to the wrong men..I must say keep up, like your work Cathy.

Thanks for the feedback.Keep reading more articles from The Youthing Magazine.

Your work is articulated to our feelings community at large we must embrace ur effort and choice of wisdom God bless.

Thank you guys for your feedback 😍😍😍

Wow!! Nice art of article it flows so nicely ,comprehensive message and a marvelous one. makes me yearn for the next part, keep it up.

life being explained simple but how real it is

Damn💯the way you outline every part on every line it’s just incredible; superb maybe…..you should do more of this…..fully in support of this💥 it’s a five star:: big up Katie@Ghøst

Such a real and captivating piece, more of it please…

Soon. Thanks for the feedback

Good message for young or youths generally.,Beautiful piece to the technology genre., .thank you.

The story is interesting and amazing😍keep going 😊👌

A good piece this one!!👌

The suspense is killing me what did you do 😂🙆🏽‍♂️🔥