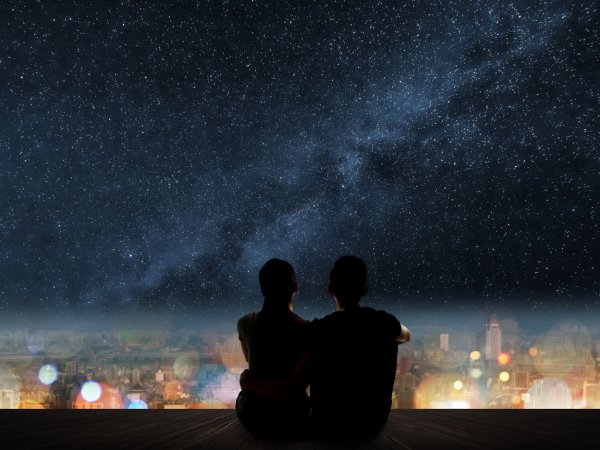 I wonder how some of you felt the first touch of deep affection in high school or campus. Was I the only one who met this adult phase of life as early as primary school? It’s an adult phase for the African child. Parents from this side of the world don’t support crushes, relationships even dates at that age. Wait not even supporting, how many of you were able to approach your parents to confess you liked some pretty lass at your school?

Secrecy was an unwritten rule. Nobody wanted to carry that cross. Not even your ‘spouse’ who would brave the raging sea waves and oceans for you! That’s just how absurd teen love was. Modern technology gradually nurtured this kind of love and now a teenager melts at old clichés from the opposite gender.

My parents to date brag about how much letters meant the world to them in their school days. Somebody’s son somewhere would eye a girl, artistically express her beauty (as if she didn’t know), empty every drop of love they felt in words, offer the sacred promises of a stable life and a future together. Mind you, all writing with respect to grammar in a blushed leaflet. Yet, some of you belittle formal education. Don’t you think you should respect what may have contributed to your very existence? Imagine how risky that was, say the girl turns you down and decides to make you suffer by informing her parents. That type of thing makes you question, ‘Was it really worth shooting my shot?’ Ladies of that age were an innocent lot and the only way you know you have a chance is if she writes back to you. If no word comes, brace yourself for the latter.

In modern times, we talk of a partially tarnished writing culture. I can’t say it stopped, it didn’t, well at least not for Baraka primary school. Adolescence symbolized a ripe age for courtship. Many at times, boys would write love letters to their soulmates, if you were a lucky girl someone might serenade you (outside the school gates of course), walk you home after a long day, buy you snacks from the school canteen or gladly carry your books after class. This was what dating meant and love for that matter.

She was a chubby sport at the time, nobody bothered sending her anything. She could barely secure a friend zone. Regardless, there was one thing that gave her hope – She matured faster than the other girls. This is legitimate if rumors are true, of course lawyers know very well hearsay is inadmissible. In her eyes she was a fearfully made creation; It’s totally the opposite of that famous Bible verse Psalms 139:14. She desperately craved for attention. Chebet never knew she’d spend her entire primary school life alone until she did.

Years went by, and in class eight Chebet stood as the school’s head girl. Yes, she was a disciplined and diligent girl those being the main virtues teachers looked for in a leader. Had a change in the administrative set up in school and one Mr. Sifa came for teaching practice at their school. He loved drama, and for the first time Baraka primary school embraced music, him being the patron. Apart from that he was a subject teacher and on numerous occasions, gave them counselling and life skills.

One blue moon, she opened her locker to find something like a note which read, and I quote
‘I feel that both you and I can create beautiful music
One that never grows old, its ever green
Break away from the chorus, try this duet
Music that unites the young and the old’
-your secret admirer
That note alone broke her peace. Her mind constantly examined all possibilities of lads from her music class. It was the only class that she didn’t feel alienated. Maybe Cervantes was right ‘He who sings scares away his woes.’ The girl was talented in playing the piano. Furthermore, her voice was a Mariah Carey in the making. Music is therapeutic. It provides emotional healing, relieves stress, gives a positive vibe to anyone’s being. I don’t get the type of magic behind that melody that can cure a heart break, brighten a dark mood, make you feel in love haha. Don’t you guys sing in the shower sometime? A friend with black and white keys drained all her fears and insecurities. The keys that led to her inner self. With time, the cold treatment from the opposite sex quit stinging her. Chebet was content being the black sheep amongst the plastics, provided she wasn’t parting with music. Entertaining this anonymous person would only make me slip out of that comfortable zone, she thought.

For those of you who’ve had secret admirers may understand when I talk of their persistent nature. My God, these people resemble soldiers, they don’t walk out of a battle. They are like a Taurus zodiac, very stubborn, uncompromising, adamant. I don’t know you name it. Those notes continued to slide in her locker like those annoying ad subscriptions but anyway she liked them. When the notes stopped being about her and turned into letters about himself, it was almost like re-living a long-shut era. Sad though, she couldn’t reply to the anonymous sender.

February is the month of love. Of course, one day branded the whole month. Some people somewhere decided on a common date, that people celebrate love. How was it for Chebet really? This is a day when people dress to impress. I don’t know who is supposed to be impressed, is it the people who ‘own’ that day, or the others who lay around, probably shabbily dressed in don’t touch my knees, robber hoodies to hide bad hair days, and a pair of crocks for the finishing touch? Seriously if they did want to impress their spouses alone, what would be the essence of dressing up to go out? Anyway, back to the story; This was the last year for her to witness the tradition she grew out of the past years. The first time this girl received a rose at a time like this was at her life bed, after a tough four-hour battle in the ‘slaughter-house’. It was sentimental; guys remembered after doing the final exam, (K.C.P.E) their other half may no longer be with them. Again, Chebet had no partner but a note from her secret admirer asking her to meet him after school at a place I won’t disclose. Too bad, Mr. Sifa ended the class late that day. She’d rather beat curfew than meet him. The secret admirer probably took that gesture as a turn down and never again drained his thoughts on a pink leaflet.
Later after K.C.P.E, she attended the class eight party organized as a final reunion. She had a premonition her secret admirer would turn up. It was only for that sole reason that she attended the party. After food and fun, she watched the clock tick, timing him to reveal himself to her. The floor now full of teenagers moving to the beat of ‘riddims’. After torturing herself for a considerable amount of time, she decides to get some air.

Mr. Sifa spots her and sends her to tend to the teachers. For as long as she can remember, she always served them. It was part of her duty as the school president, at least that’s how he made it seem to be. She gathers the plates and takes them to the kitchen after having an exchange with the cooks. Her day is gloomy, and she isn’t in the vibe for a party anymore. As the sun slowly retired, she knew she was no different from a naïve, catfished teenager. At least they were lucky, they had an opportunity to respond and have a mutual connection. Even though it eventually ends in tears. In that feeling of disappointment, Mr. Sifa beckons her. This man is set on wearing me out today, she thinks.

“I’d like to have a word with you”
Puzzled she responds,” ok”. He must know something about me. She felt the need to brace thyself for a long sermon or at its least, pull a defensive fit.

He takes out his phone and types something,” Could you fill in the blanks please?” She leans to look at the screen.

Most of you are familiar with blurry eyes usually after sitting too long in the sun. She couldn’t read the inscriptions, so she says, “I can’t guess”
He looks up to her and says “Nakupenda” in disbelief she looks back at the screen, forcing her eyes to read as tears pop out due to intense rubbing. The ‘magic’ code engraved on the screen gradually became visible. Her mind slipped into freeze mode, eyes widened in amazement as memories charged in, no, punched in as he whispered those final words, “This is you and me, the perfect duet.”

Highschool: Where are your notes?