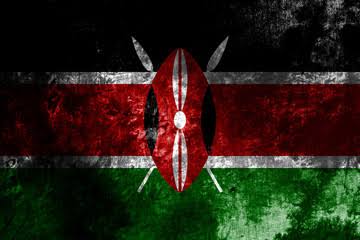 ARE YOU INCLUSIVE IN THESE POSITIVES

6TH JUNE 2020 will be engraved as a chronicle in the books of history as the day that the citizenry of this beautiful country called Kenya, waited intently. The magnitude of this was portrayed by the sharp witted nifty ‘memers’. I believe you still have the reminisce of the graced work of these fellas. Starting with the well selected song that trended, ‘Freedom is coming tomorrow’, that reminded the non-millennial about the popular movie then titled ‘Sarafina’. I can visualize the smiles on the faces of those who had a glimpse of it.

It was exciting to note that even the president himself was well conversant with the ‘memes’ that would always circulate on social media, especially WhatsApp statuses. It is fascinating to hear it from His Excellency, the president! Mark you, he ought to be amongst the busiest fellows in the republic because of the nature of his role but funnily he had time to throw glances at the ‘memes’, it’s cool right? The gist of all this is the creative acumen of these honorables with their interesting pen named ‘meme Lords’.

Their creative work behind the scene is consumed by so many including the commander in chief of the armed forces, come on! That tells you they can easily make a communique to His Excellency without those calorie-consuming procedures one goes through when you want attention from the country’s CEO. This has given me ease to come up with a say of this generation that goes,’The shortest route to the president’s desk is through creative presentation on social media’. End of my quote. I can’t wait to be quoted in some speeches by some colossal figures in some massive gatherings.

Much credit goes to these industrious guys who are always behind the curtains, incognito. They positively use their ingenuity by tailoring these nicely and timely ‘memes’ that really convey messages, especially at such a time. Who will have guts to raise a hand to deny having feasted on these delicacies that the cookeries are from these less recognized individuals. You know very well how you are always engrossed on your small screen with a smiley face, courtesy of “meme lords”.

They have a very unique sense of communicativeness that’s packaged with lucidity not mentioning the mind blowing humor that the package is normally wrapped in. You remember the creative excerpt from the daily briefs by the CS Kagwe, presented in musical form. I can read how you are nodding to the “if I can gerrit you can gerrit tune”. It’s entertaining at the same time informing creatively. How I pray that these efforts will not go unrewarded. I can be a crusader, just for their sake! Your Excellency, if this handwriting of mine is legible to you and I have you in my audience, please consider these legends in the payment plans that you set aside for the entertainers. Does anyone agree with me that the product of these buddies is a very good therapy during this time , when many are squeezed and are under duress because of this ugly monstrous contagion. Their work is also very informative as I aforementioned.

I need to come from nowhere and say I’m proudly a Kenyan. See how you are looking at me with those eyes that seem to take the role of the mouth and mumble to me, ‘What’s good about being Kenyan’. Well, let’s have a wrap up of this. Here is the beauty. Kenyans have recently been ranked the happiest people in East Africa! See how you are fidgeting in disbelief! Kenyans have a positive outlook of life and capacity to laugh at very serious issues like corona, that is hitting everyone mercilessly. This is the reality that has led Kenyans to relieve their pain on social media with their usual satirical jokes, even when it’s hurting like hell.

If you have forgotten let me resuscitate you from the chronic amnesia you’ve innocently found yourself in. Do you know the decision that was arrived at by the CS for foreign affairs to salvage Kenyans who were trapped in foreign countries especially in China, where they were being mistreated was fuelled and midwifed by the loyal Kenyan netizens who leveraged the space very well to trend the concern and it was actioned ? You now know that.

Our social media presence gives us an opportunity to exercise our constitutionally given supremacy. For us who read everything else but the constitution, allow me to sink this important point in our cranium. Chapter one of our constitution is the sovereignty of the people, who we are. I charge you. Let’s be positive and invest our acumen in this big space called social media for the betterment of our lives. I rest my case.

Wow, such a timely piece. Something needs to be done to our entertainers quote unquote meme lords

Sure bro,memes lords need to be appreciated

What an educative and entertaining piece.

I agree with that piece.and may your desire be honoured to be a reference in great gatherings and speeches