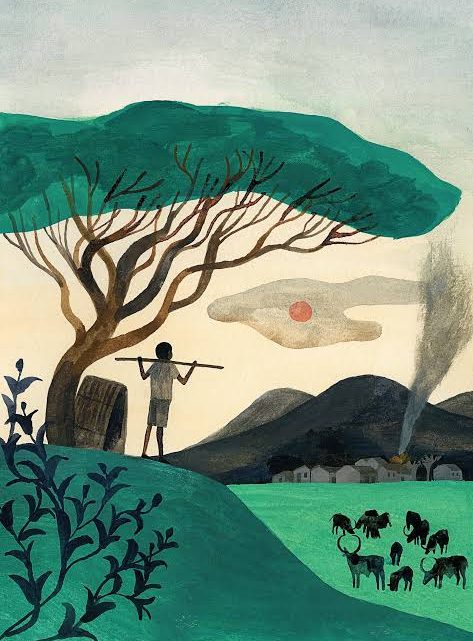 I was watching Trevor Noah on the daily show narrate how a brick was his favourite toy growing up in South Africa. And while that sounds ridiculous, I thought some of us had even crazier toys growing up.

Take yours truly here for example, growing up in some village back in South Kamagambo my or rather – our favorite toy was a stick. Not that kind of stick you stiff necked monkey choker, or sucker- whatever. I’m talking about a literal stick here, you know, the one you get from a tree. These sticks had to have one side split into two, like a bull’s horn. Because the sticks were suppose to be bulls or cows, everyone had a prerogative of choice anyway.

So each morning every kid went around looking for the best stick to be their cattle for the day. You had to ensure that it was the perfect length and size, the ‘horns’ had to be thick and strong enough to win a bull fight. And woe betide you if you chose your stick from the wrong tree, you know, the ones known to be weak and break easily like the Jacaranda tree.

Now after securing your bull (most of us preferred bulls) you fixed a string to it’s ‘neck’ and fasten it on a tree like they do real bulls and then wait for the bull fight. I’m not even making any of this up bytheway🤣🤣.

When it was time, every kid led their bull by a string to the bull fighting arena. And then you would hold your bull and have it lock horns with another bull as you twist and push till either your bull broke the other bulls horns or vice versa.
We played shirtless like our ancestors would have wanted and sometimes during the fight an opponent’s bull would miss it’s target landing it’s horns on your bare chest drawing blood in the process.
The winning bull and it’s owner would be revered till the next bullfight.

Also girls were prohibited from the game. And I think the reason is pretty obvious. These were sticks and a stick can find it’s way into any hole anytime.

MEDDLING IN THE MEDAL BUSINESS