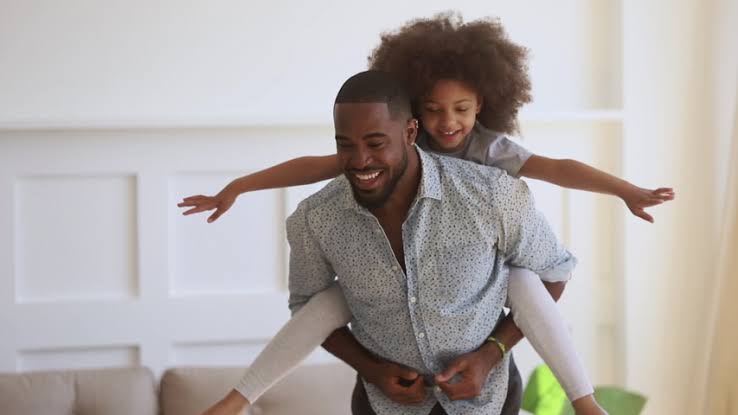 I WANT TO BE THE FATHER OF A DAUGHTER

I want to be the father of a daughter. Like a maize seedling sprouting through fertilile soils, I want my daughter to grow bubbly, vibrant and full of life. Yes, she will sprout in all innocence of childhood; reveling in the gifts of life. Basking in the light of the gods of my ancestors. And never, not once, be defined by our fears.

The daughter to whom I want to father will be a great beauty. Big round eyes like the moon. Creamed flowless skin that invites butterflies with crimson wings. She will carry her beauty not as an asset but as an intrinsic part of her being, a signature of her spacial place in the order of things.

When the goddess of fertility begins paying her monthly homage, my daughter shall neither cower nor shy. No. She’ll don her feminity with the pride of a lioness, like a badge of honour. Because she’s a woman. And an unapologetically so.

She will learn to overcome barriers set by societal misogyny. Not by jumping over or bypassing them, but destroying their very foundations. And like a chick cracking out of an egg, she’ll rocket through every cocoon created to minimise her and show mediocrity her middle finger.

I will want my daughter to grow up into a young poised woman. Ready to face the huddle of life with a measure of humility and determination only a woman can summon. Because she’s a fighter she’ll never be the victim. When her assailants come threatening to feed her muck she’ll face them guns blazing making them aware they’ll have an easier time hugging a cactus tree to victimizing her.

My daughter will not be confined to mundane labels humans have plasted on themselves. Feminist. Leftist. Elitist. Cetera et cetera. Her allegiance will only be to herself, and to humanity. Because she’ll learn these labels are just but facades. Excuses we make for hating on people we consider different from us. Masks to allow us do whatever we want disregarding the consequences. No. My daughter will be human first, then feminist never.

BE GRATEFUL, YOU DON’T OWN ALL THE PROBLEMS IN THE WORLD

A daughter who is poised….the real definition of parent hood

Please can I be your daughter?

This touched my heart and soul… beautiful piece ..i loved ever word