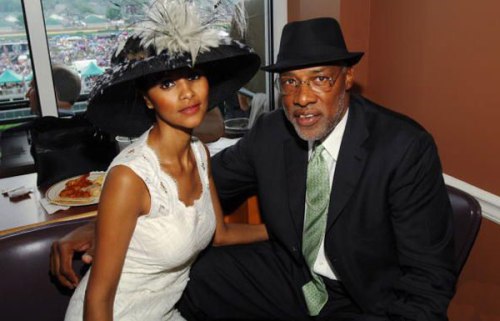 It’s no longer uncommon for young girls of 15/16 years old to gain admission into higher institutions of learning. In fact, it’s just the ideal if such teenager gains admission in the very year of her graduation from secondary school.

On campus, she affiliates with a fellowship and she’s all innocent, young, bold, daring and intelligent. The reality that she’s on campus doesn’t change the fact that she’s a teenager. The physical, emotional and psychological changes that teenagers experience will not elude her because she’s now a campus babe. Her hormones trigger a lot of feelings and she’s probably having a crush on a cool looking bro in 500 level.

Bro Dotun is the Secretary of her fellowship, and as a young girl, she can’t fathom how just one human being will be a whole bunch of awesomeness. His charisma, smiles, intelligence and preaching endear him to her more and more.

She joins the workforce in her campus fellowship and Bro Dotun sees her more often. Actually, he noticed her during the freshers’ welcome service and just liked her.

Gradually, they got talking and she begins to see him as a big bro. Bro Dotun graduated from big brother to campus daddy, she then proudly addresses herself as his daughter. She goes for spiritual, academic, emotional, financial and every other thing counselling and Bro D has always been there.

They keep tabs on each other so closely and emotions begin to tug at Bro D’s heart. He knows that she loves him; in fact, there is nothing she can’t do for him because he means everything to her on campus. She’s never stingy with her display of affection as she goes all out to prove to him she loves him.Bro D starts having nonsense feelings and instead of curbing it, nurtures it. He’s more matured and knows that being a teenager, she’s undergoing a lot of changes. Often times, teenagers don’t even know those hormones trigger some oestrogen and progesterone.

Bro D, I thought you should know better. Instead of you to encourage her to have standards and reject unnecessary and unwarranted actions, you feed your lust by embracing all her foolishness. You claim she led you on but you chose to follow her leading. She loves and respects you so much that she can’t even confidently confront you when you’re wrong. You’ve formed a big canopy over her head; she reports her daily activities to you moment by moment.

You graduated into late night counselling and you start by putting her on your laps. She felt like a baby and loved you more. She dashed you an innocent hug that night. From that night, you never remained the same. That hug sparked a fire in every of your vein.

The next meeting day, she jumped on your laps freely and you gave her a kiss on her cheeks. She had some struggles in her heart when you did that but she respected you so much that she couldn’t say No.

Subsequently, you fondled her and taught her how to fondle you. You keep on sending inspiring spiritual messages to her and she keeps on servicing you sexually. Bro Dotun, please fear God. Even if the poor girl is stupid, must you take advantage of her?

The Brother Dotuns who are reading this, repent and receive sense. Enough is enough. Stop using so-called spiritual ‘daddyship’ as a weapon to violate our girls.

well… what is spiritual daddy ?

I like this piece..so relatable to to he youngins of today ..and again,she also should know that this world is full of thrones and roses she looks for will cost her..