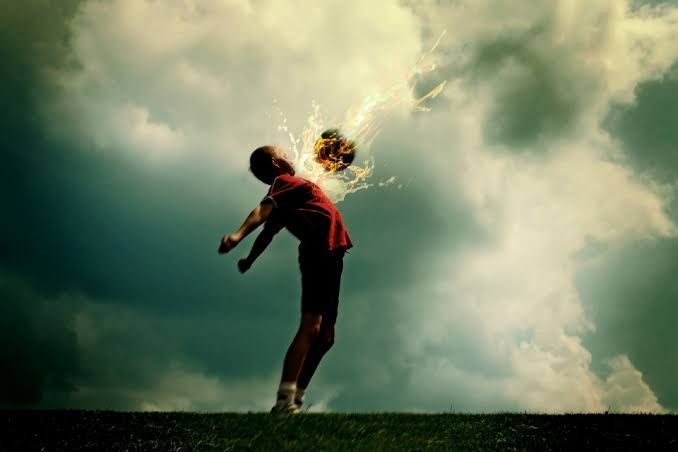 I don’t know how you guys do it, but mastering the names of 11 players and their subs for over I don’t know how many teams! Their coaches, managers, hobbies, lifestyle to their whole biography!!! Better than themselves sometimes! You know what I’m talking about…. FOOTBALL!! or is it SOCCER?

Games back on and the rate you’ve started setting your schedule just to ensure you block out the 90 minutes+ is just a marvel to me. La Liga! Premier league! I don’t know if Champion’s League is in season too. I just don’t know how you do it!!… But let’s just say it all boils down to passion.

Myself, I’m a fan of Chelsea and honestly, the last time I watched their game was when Conte was their coach/manager…hahaha! and I heard the Eden Hazard (captain) sale. But for now I left it at Liverpool almost taking the cup home and for that I thank the football fanatics I have for friends and their WhatsApp statuses.

About passion though, sports section in particular, basketball comes to heart. I played this Michael Jordan/Lebron James/Stephen Curry sport in highschool and basing on my appearances on court after classes, whatever come may, it was obvious that I really loved it!

The competitive games during practice were a learning spot as much as they were fun! Making that unpredictable perfect pass winding up in a swish…damn!! I don’t think I have the right words to describe the feeling.

The hot games were those between seniors – those who’d mastered the art from the crisscross dribbles, the sharp bounce passes to the techniques that always lead to either a 2-point or 3-point basket, no rebounds required! Did I mention their perfect chemistry? Intercepting those well calculated passes made one feel like they’d won a golden boot in football (haha). What about having a strong defense, tight enough not to cut through to make a layup and throw in a basket? That was like being the defenders of the season (if there’s anything like that in football…hehe)! We all worked our way up the pedestal we had bestowed on them and I’d say it was a beautiful journey.

What I cherished most about the team is the bonding sessions that loosened us up and the meetings we had every Friday that grew us a family, from having prayer partners (we called them peeps), presentations that made us appreciate the other side but for the sport skills and the reviews from the strict team manager on our overall progress… All to achieve the team spirit and I’d say it worked pretty well. We were a team in and out of court. And that helped a big deal during the Opens, friendlies with the nearby university and as we worked our way up to the Nationals.

Not blowing my own horn, but I left quite a legacy with my successors. Lessons about always pressing hard and how limitless our potential is and there being no impossibility when it came to exploring that potential!

Passion drives us, overdrive sometimes. The heart wants what it wants, right? And if it’s from the heart it’s from a good place, so overdrive might not be so bad afterall. At the moment, my sport passion is paused at awesome memories and irreplaceable fun times. Maybe the play button will be pressed in due time, who knows?
But enough about me, how about you? What’s your passion?

They Are Never Attracted To Your Character or Personality

This one hits differently.Your description of basketball is just amazing. keep the good work up.

Will sure keep up😅…. Thanks

Ahhhhh…….yeeeees….. This is the stuff. Brings back so many memories. I love this. Keep writing L. This is amazing

Awesome read🔥🔥for a moment there you made it feel like we are dribbling the ball with you.

I’m I the only who’s interested in basketball after reading this??
Greeeeat piece 🔥🔥🔥

The piece is so relatable. One of the reasons I find your work so good. Good job to one of my favorite peeps in hs😆

You seriously have a way with words🔥🔥🔥🔥