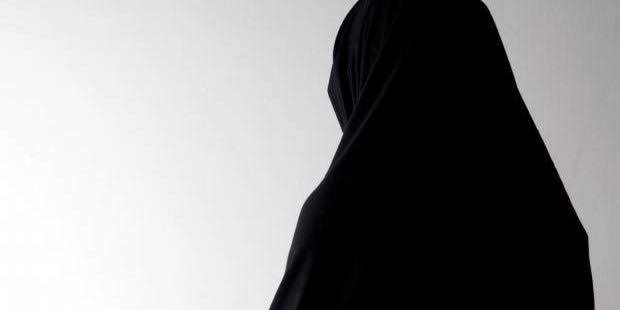 If I was to ask you how your first time felt like, would you be in a position to remember the exact feeling? The answer could be yes or no. For those of us who are not so well equipped with the art and science of remembering things, it’s likely a maybe or maybe not type of response.

Whereas other people’s first time might have been mind-blowing terrific, amazing, insane, awesome and those other lovely expressions, mine was nothing but terrible. It happened abruptly and caught me totally unaware. I was scared even though I should have been happy. My body and mind was overwhelmed by confusion not knowing what to do. I was in a dilemma not sure if I should tell anyone about my situation or not. Everything had happened so fast that I could no longer decide what to do or how to react and in the end of it I decided to keep my mouth shut and keep it to myself even though I so needed help.

It was one of those bright days and as the Islamic calendar indicated, it was Eid day. Eid is a celebration that takes place after the Muslim community have completed their fast in the month of Ramadhan. It is also celebrated after the completion of Hajj (Holy Pilgrimage) by those who were able to visit the city of Mecca. In my town, Eid was treated as a very important day because that is how it was treated by our prophet. Everyone was in a good mood and the air was filled with ululation and jubilation which explained the logic behind the excitement.

For us the children, Eid day meant getting to put on new clothes, eating a lot of meat, getting some few coins here and there and finally going to the studio for one or two pics which we would only get to see after a month or so.

On that day, my cousin and I dressed to kill (if that is actually a thing). I had worn a two piece outfit, a brown skirt, sleeveless top and a jacket. The day seemed promising because my cousin and I were planning to visit a Shrine that was at the outcast of our town. Truth be told, I was more than excited because it was my very first time to visit the place.

At 2p.m we made our way to the Shrine after filling our stomachs with all types of meals because it was feasting day. My cousin was to meet up with her boyfriend then and I tagged along as the side wing. It was that primary love which you may refer to as first love that got me and my cousin walking almost more than three kilometers so that they can meet in a serene environment.

While at the Shrine, I started to feel a bit odd but I couldn’t figure out what was actually bothering me. I felt uncomfortable with a bit of stomach pain which was expected considering the amount of food that I ate earlier on. So I did not pay much attention to the pain I was feeling because it wasn’t that serious after all. Also, the decorations within the Shrine got my mind occupied as I was following through on the explanation given to us by one of the sister’s who was showing us around. At one point as I was admiring myself in those translucent mirrors, I noticed that I had a small wet spot at the back of my skirt. Something which made me feel embarrassed considering how visible it was. I went ahead and wrapped my jacket on my waist so as to hide the spot. Was I worried? Not at all because I was sure it must have been the too much sweat that came as a result of walking so many kilometers in the afternoon.

The day came to an end and we went back home. On arrival, I changed into my white night dress without taking a shower due to how exhausted I was. I was asleep as early as 7.30p.m, deep and peaceful in my dream world. The following day I was awake by 6 in the morning ( have always been an early riser even when I did not have anything to do) but on this very morning, I did not feel okay. I felt weird and uncomfortable as if I had peed myself. It cannot be possible though because I had stopped wetting my bed years ago when I was in grade three and now I was in grade seven. Just to be sure I stood up on my bed and did a thorough inspection only to get the shock of my life. I couldn’t believe what I was seeing. Such a moment was when I wished my eyes were just but playing tricks on me. If anything, I touched and smelled what I was seeing just to be completely sure that it was indeed real even though it was crystal clear. My very first menstrual cycle was here with me!

TWITTER AND TROLLS; THE HATE THEY GIVE
Subscribe
55 Comments
Oldest
Newest Most Voted
Inline Feedbacks
View all comments

Thaaaanks babes🤩 it’s Abt time that we start talking abt these things.

This is a good read bbg. I’d like to know how you handled the situation

It’s a nice article..the hidden struggles of a girl child. 💥

Before I even read the article, my mind was hitting on something else😂🤦
I enjoyed reading this

😂😂😂you caught me there gal ..doshi ndo ilikua mind keeping😂 .thumps up😋

I love the story lkn mbona unatuacha hivi what happened next

Thanks Happy🤩part 2 is coming soon.

Very nice topic to shade light on because not very many people talk freely about such things. That first experience can be very scary if one wasnt enlightened earlier by their mums or elder sisters.

Thanks Fritz🤩 I think it’s Abt time that we start talking abt some of the things that we go through. Part 2 coming through soon.

Nice one,indeed there is always a first time to everything.

Nice story ,its high time the society talk openly about this am curious what happened next….and at list you were lucky it happened at night I know a few friends of mine who it happened when were in school. ..imagine the embarrassments and the mockery there went through…. Menstruation is a sensitive topic for both gender and its good we talk openly about it.. Looking forward for part 2 .

Thaaaanks Danny🤩 part 2 is coming through soon. I hope that my article will inspire us to hold conversations that revolve around menstrual health.

Every growing up girl should know this…to know what to do when it happens…and that only happens when they are taught.. Same to Sex Educaction

I did not expect that😁 but good story 😄

I know what you were expecting but ohh well!!! 😂😂😂😂Thaaaaanks for reading through🤩

Interesting read,indeed first times are quite an experience

Sure thing. Thanks Michael🤩

Do you know smart you are? Well,you are so brilliant and intelligent ❤️

Wow, such an amazing piece Mami. Am sure this testimony will help one or two out there. For me twas frightening and at the sametime confusing experience😧wahh I cried thought I was going to die 😂😂.

You left me in suspense! I was waiting for how you handled it.