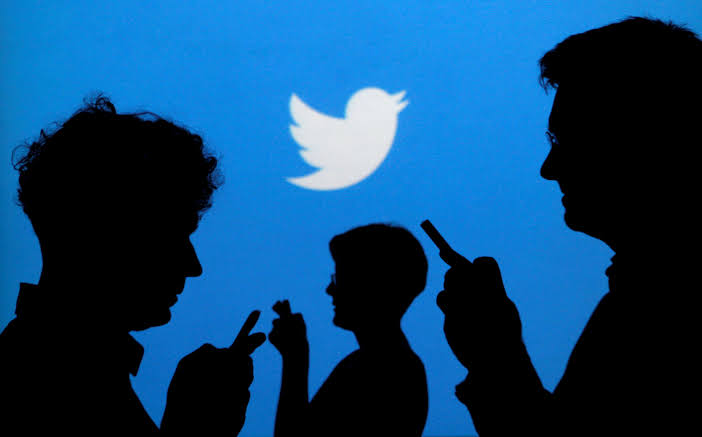 Twitter is a bastard.No! It is actually a ferterlized ground for trolls to carry out their business daily, their profits being depression and suicide to innocent online users.These perpetrators have found away of savgely replying to people’s posts with the intention of slapping their self esteem, body shame them or just make them feel about themselves. They attack character, the shape of your head, your girlfriend and even your online behaviour.Add the list.

The case of David Oyando alias Mulamwa is familiar to you isn’t it? The comedian has been trolled ever since 2019. And one day this year, our online sensation burned his signature shirt and quit comedy. He said her girlfriend lost their to-be baby by miscarriage due to depression from trolls.

Aziad Naisenya, the Tik Tok queen, amassed her share of the cake from trolls who could not wait for her fame to even sink in her mind.I won’t go into details what transpired but what i know for sure is the fact that there are people on twitter who are ready to tear you apart and do not make a mistake of thinking you can fight back and thrive. The battle ground is harsh and the environment is good for the mentally strong but most obvious, for people like Aziad, who, however much it affected them, decided to focus on the bigger picture and ignored the trolls.

In April, netizens were on Bahati’s neck after he asked them to address him with some respect. It is not the fast time this is happening to him.It was not the first time. There are other celebrities out there who have passed through the wrath of kenya cyber bullies. But let me show you some of the headlines about Kevin Bahati, that will show you how hard it is to exist in the streets of twitter:

From the above headlines, you may ask, what did bahati do to deserve such treatment online? And you will scratch your head as you pass through Mfangano street trying to look for a shop situated at Luthuli avenue until your head produces flour. But the thing is, the answer is simple.

Any media in the world commercializes on celebrities and before you know it, any tiny thing in their life is newsworthy. Online news outlets for instance, run countless stories from social media accounts of celebrities and do you know who their sources are? The comments and tweets on a post. Lazy Journalism. But that is not why I am here.

I want you to take a moment and reflect on this; that Bahati,Aziad and Mulamwa are celebrities and in one way or the other it is like a ritual for such people to be trolled. But again, let’s face it, there is a person like you. You are a nothing. Just some 600 followers and a few jokes here and there.You wake up one morning and post a photo of you asking people what they think about your haircut. In the process you misspell some words and there, they have you.They crucify you publicly, going back to your other posts to unearth dirt so that they can smear on your face. And that cow dung mentality is what they use to make the lives of many people miserable online.

Cyberbullies on twitter play an emotional game on many unsuspecting online users. Theirs is a ‘a war of flames” that are meant to cause an emotional melt down to people.They do not care who you are. They do not have a pattern they follow. They are liquid. Every minute they do it. And they get away with it. How easy though? You may ask…

READ ALSO: I NO LONGER SANITIZE MY MOUTH WITH MUTURA

Apart from a few online wars between Kenya vs South Africa, Kenya vs Tanzania and Kenya vs Nigeria that required the use of English, this savage behaviour in Kenya mostly uses Sheng.Twitter has a hate speech policy. But this one will not work on Kenyan trolls because this comment posted in a foreign language to twitter is not understandable to them. Thus, this is a good breeding ground for trolls.

Few days ago I came across a video that showed hateful and dehumanizing comments directed towards @Gakuhi_ke. It was a screen-recorded video that showed numerous responses to her tweet, “can you handle all this ” which was accompanied by three gridded photos of her.Here are some of the responses;

There are more. From both men and women.You will feel bad for her. I did. They all happen on a daily basis. Some are from depressed individuals who want to take their frustration on others while others are just bullies who find solace in making fun of others.

Her case represents many that cannot be picked by the media because they mean nothing for them. She has passed through that finance. Many people have. And this shows one thing;this will always be there unless someone acts right.

But this will not happen if victims are also key players in trolling.On Gakuhi’s numerous trolls, one user commented, “Yaani wewe ulitusi @Hannah_mwangi_ juzi na kumbe unakaa venye unataka…yaani huna ata matako.” This means that at some point, Gakuhi was involved in this shitty game and thus it was getting back to her.The same case happened with Mulamwa.He at some point responded hatefully to an online user. We are all pliers in this shitty game.

Part of me wants to scream that you should just quit twitter. But God knows I dont have the power to do so. But I will leave you with two lessons I have learned from Blacklist-a series I have watched just two seasons. Sometimes we need to act like James Spader(Raymond ‘Red’ Reddington) and (a) use our enemies to our own gains the way he does by bringing in his allies so that he can still continue getting immunity from the FBI.(b) We can help better the lives of our friends the way he did with Elizabeth Keen(the FBI profiler) and even the whole FBI team. He did all these yet he was not a good person-he was a top most wanted criminal.Thus, before you type that hateful, judgemental and dehumanizing comment, thing about the emotional trauma you are contributing to someone’s mental health, some which are already at a bad state. It is not costly to use the platform for news and meaningful engagement. Spread some love instead.

LOVE ME IF YOU DARE

Awesome piece, Twitter, they say is not for the weak.🚩🚩

Guys who sit behind their keyboards and say negative things about other people knowing very well whatever they are typing is demoralising are just messed up very messed up and no they are not “just joking around” . You don’t joke with people’s feelings.

You’re so creative Khavalaji❤, this is amazing