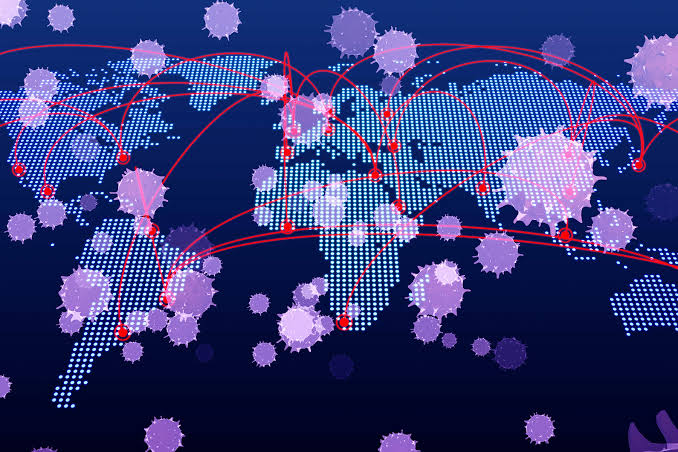 Black death, Spanish flu, Russian plagues were among the worst pandemics ever to hit humankind and threaten it’s existence. However, as much as lethal they were, they met a human race who wasn’t ready to cow. Ironically it was an age with inferior medical advancements to this age. My thoughts roam around and about the idea of “how” they beat these monsters. In the history pages, it’s noted that the Black death re-occured but wasn’t successful as earlier in claiming it’s victims. So why?(Q.1)

As all the above pandemics happened, no one ever anticipated them, no one knew how lethal and by what lengths will they wreck every aspect of humanity. Realistically, medical institutions were overwhelmed and the knowledge at hand was overstretched to the limits. Eventually people contacted the disease in numbers triple than the deaths recorded.

Herd Immunity:
Humans in masses recovered from these plagues not by a non-existent drug but by what’s described in Charles Darwin’s life’s progression theory. The strength of their immunity saved humanity. Same as to what’s happening with the current pandemic.

The current pandemic has crippled the world economy and every nation on the planet is staring at one of the worst recessions in history. Even at that, to save the world “ethically” everything should be on this trajectory, and it is currently. However, we can’t be alive today and protect a future we don’t know if it’s at hand.
All we have left of “Tomorrow” is hope and prayers to the Almighty. It’s not that we’ve ever been certain before but we’ve never been so uncertain of it than now.

As mortal beings the “Hope” we have and the “Existence of a God” who assures of the same through hope won’t let us lose guard of tomorrow. In regards to this, there’s no way the economy can shut down indefinitely, no Capitalist or Communist can handle that.

As at now the United States is planning and making efforts to reopen, the United Kingdom didn’t welcome the idea of “closure” at first, Kenya has a partial lockdown.

The effects of not opening soon enough will lead to anarchy, civil unrest and an “apocalypse” of sorts.

Medical facilities will and are getting overwhelmed and the goverments arms won’t stretch further.
I’m sorry to tell you that you’ll be on your own soon, you’ll need to feed, your mother’s won’t suffer and stare at “hunger”.

Herd Immunity won’t be an option, it was never off the table and that’s the only thing waiting for us now. Pray that the curve doesn’t get steeper. Pray that there’s a cure in weeks time. Sorry if there won’t be any.

You’ll lose your loved ones, not that you didn’t try, not that they deserved it. I might die, you might not. However, brace yourselves. Remember the correctness of the biblical prophecies, they weren’t to just happen, it was cause and effect, a progression of kind. Let not your hearts wither in emotions but grow in strength of mind and spirit. Hold on to faith, for it is the bird that feels the light and sings when the dawn is still dark.