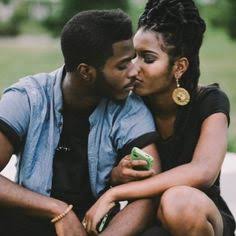 I recall back in Campus, our vice Chancellor arranged for a meeting to talk to us (the first years who had joined) on issues concerning how to cope with each aspect of life in campus whether academic, social affairs, name them. One thing that caught my attention, was when he said Campus could also be a place to find love.

As days went by, we came to realize that the Vice Chancellor knew what he was talking about after all. It is customary for campus students to form a group when joining for the first time. To familiarize themselves with the environment together.

It was interesting to me that the person who had been handpicked by the board of directors to be the chancellor could also be funny. I mean, you just don’t introduce love to an eighteen-year-old girl who is on the verge of knowing herself and what she wanted in life. So I thought.

Everyone takes a different direction after few months hence causing the split of the group. The word coupling becomes famous around campus. It takes others two weeks to know they want to be in a relationship and for others, it might take them more than two weeks to decide to be together. I mean, no one is judging. We all have different ambitions and priorities in Campus and its allowed.

It reaches a point where people cohabit and decide to be together for a very long time. You know that annoying couple that cannot be separated? They go to every meal together, after class, you find them studying together and if you think that is annoying. Try to be friends with one. You will have to be a “third wheel” in every single place you go with them because they just can’t be separated. It is shocking that such a couple can split up but that’s what happens to some of them. Others stay together and get married. in fact, it does not come as a surprise because that was expected.

ONE ON ONE WITH MOJO & HB KIM

WHO IS YOU IN YOU