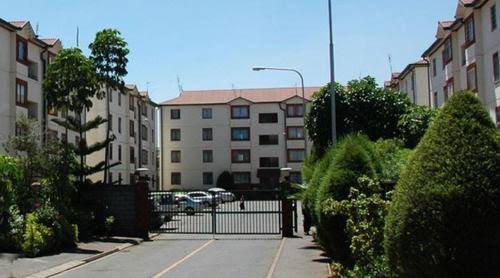 I’m doing great. Thanks for asking. I Just wanna take a quick rove around Embakasi. My favourite village of the city. Care to join me?

Y’all have this female member of your family. Perhaps a sister, cousin, maybe an aunt. She’s sassy by the very definition of the word. And book smart too unlike you and all your Neanderthal clansmen who hardly passes a test without cheating. Your father adores her and loathes your asses for not being anything like him and his daughter. He says it’s absurd he ever sired your sister and sired monkeys like you too.

She joins parklands campus. So she’s going to be a lawyer now, yet you can’t find the correct spell to cast for you to pass form two. Because education to you is like magic. Incomprehensible. Illogical. And utterly weird.

Y’all are scared of her the same way Jubilee MPs are scared of Ouru. You envy her especially now that her tongue rolls in fast English. And she can recite every feminist book Chimamanda has ever written just as good as anyone can recite John 3:16. So She’s a feminist too. Flippant? No. Far from it. Your father says she’s articulative and she’s poised. You don’t understand any of those adjectives of course. All you know is that you don’t want to fall on her wrong books. When she’s home y’all cook and clean like your life depends on it while the other female members of your family read the latest Chimamanda book. Wakili wants gender equality and gender equality she gets.

Am I still talking about Embakasi? Relax, keep it here.

Because she’s making up for your intellectual disability, this sister does her masters in Laws, flies to some country you’ve never heard of in Europe for her PhD. When she comes back you’re all now proud of her. She gets a job with one of those ivy league corporates. Surely this one will fetch you guys a lot of cows. And you’re looking forward to owning those beasts seeing that your education ended nowhere.

She turns 35 and still no sign of matrimony anywhere. You carefully and strategically throw a joke about cows and how they’ll look good in your father’s compound. She says that should not be a problem since there are already too many cows in the form of you and your clansmen. And you’re not making your father’s compound look any better. You recoil because even after having five tiny humans call you father, she still sends you all jitters.

And then one day she comes home in a Harrier with a three year old kid in tow. She introduces this kid as her daughter and announces that she’s in a holly matrimony with herself. She’s mild now. Harrier does that to women. You resign in disappoint at the realization that you’re stuck with her forever

But there’s nothing you can do about it. She does what she wants. Just like Embakassi.

Embakassi is sassy. And yes ‘it’s’ a she because Embakassi can only be a woman. She’s the only village in the city with matatus creatively named after her. The famous Embassava. If you don’t know Embassava then you’re an embarrassment to your ancestors. With the beautiful Croatian flag and airforce1 drawn on them, these matatus follow no rule but their own. Surely, even you, if you had the best international airport south of Sahara and north of Limpopo located in your backyard, would you still follow rules? For who? Ama you guys don’t know where JKIA is?

Embassava are found everywhere in the CBD unlike those Kawangware 48 vehicles that are stuck next to Archives all day. Such boredom! I pity those vehicles and cannot admire their complacency. You’ll find an Embassava at Moi Avenue where they are suppose to be. And sometimes you’ll be in upper Hill and an Embassava will be gliding past. Or you’ll meet one in Parklands, boisterous like the law school student it is not. They break no rules. They just choose to follow their own.

When you are an Eastlando (see how creative we are with names) you don’t look for a matatu in the CBD, the matatu looks for you. That’s just how cool we are.
You’ll leave CBD at 4pm aboard your favourite Embassava, not rushing to get home at all. Because thanks to Jogoo road jam, Eastlandos don’t rush to get home. Home rush to get them. Always, without fail there will be a Christopher Martin playing in the background, lulling you to sleep as you wait for your ancestors to clear Jogoo road jam.

Ah, the anaesthetic you only know the road when you’re missing home…. Such class!

Buruburu welcomes you to Embakassi. Home to the old and the vintage. A true testimony that old is indeed gold. And then you get to Donholm. One of the few members of the gated community. Donholm, home of Greenspan mall which in turn houses Benelix launge (they must pay me for this!). At Benelix, you could dance to Bilenge Musica and eat chicken every single day of the week and regret nothing. Not even the house rent and tithe money you would have drained in those bottles of Hennessy. Folks in Buruburu and Donholm have been in Nairobi since independence. It is in these places where you’ll find people who had former president Kibaki as their MP.

When you get to Tassia you realize that indeed Embakassi does what she wants and no one can do one damn thing about it. The southern part of Tassia folks have electricity yet no one knows what KPLC is. They just know they have electricity that is free like the sewage water they purify and tap. Oh and they also build their own houses by the sewage river. Most of them work as security personnel in Fedha and Nyayo estates.

I’ll ignore Kware ’cause Kware is just a quarry. There’s nothing much to it. But there’s a lot to Pipeline. Home of the brave. Land of the pilgrims, priglimaging mostly from Machakos and Makueni. If you have a phobia for heights you cannot live in Pipeline because every single building is atleast ten floors high. Research says people in Pipeline have the least daily geographical displacement. In simple terms, what I mean is, in the same apartment there’s a butchery, a wholesale, restaurant, saloon/kinyozi, and a bar. In the adjacent apartment barely 30 meters away there’s a church and a school. Where will you be displacing yourself to? Most of these folks work in Industrial area. Others pretend to work in non existent government offices.

There’s only one thing I can say about the twin brothers Mukuru kwa Jenga and Mukuru kwa Reuben. And it’s that these are the safest places to live in on earth. So peaceful. Folks here are not employed. That’s how self dependent they are.

Imara Daima, Fedha and Nyayo are all gated communities. And their ‘soldiers’, the guys from Tassia are mean. They will not allow me to rove around. So until next time, howdy.