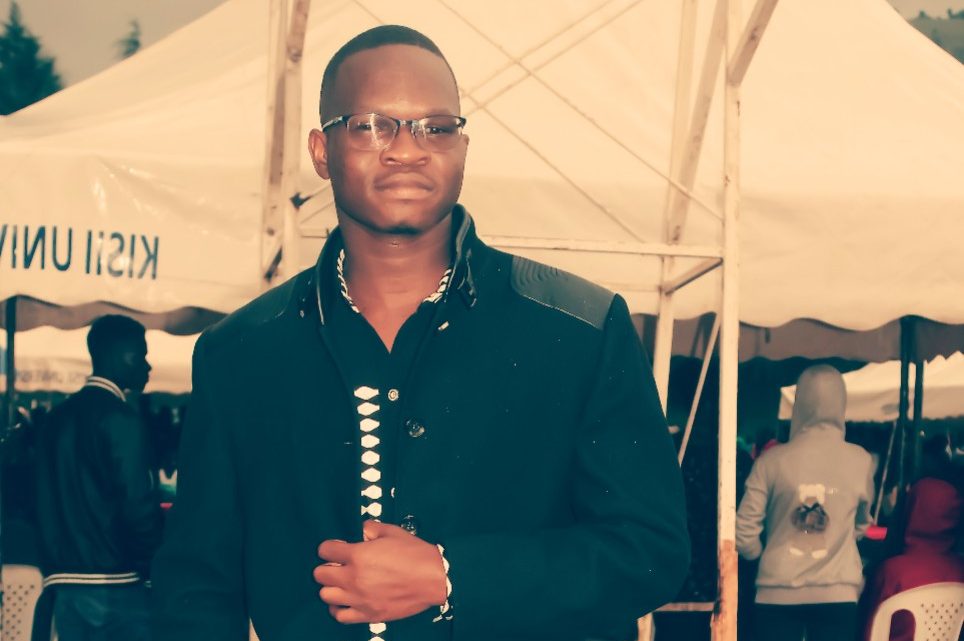 MY LIFE WITH ANGOLO

So along time ago before Baba invented the handshake and BBI was just an initiative to get cool kids to eat more blueband so they can grow tall, I did not know there was anything wrong with my eyes. Things were blurry of course and I had difficulties focusing on objects over a half a meter away. Hell yeah, I couldn’t read anything written on the chalk board in school and that was normal. Other kids could read stuff off the chalk board easily, but I was Tonny. And because I was me, it was normal that I couldn’t see as well as they did.

There couldn’t be anything wrong with me. My ancestors loved me. And they showed their benevolence by making me top my class every term. Surely it would be preposterous to even think they could strike me with blindness. Not blindness blindness, I mean the macho nne blindness. Back in the village anyone wearing angolo is cursed by the ancestors.

Then I got to highschool and the headaches started. And then they got worse. Soon I was quoting Bible verses like fiongosi wa ponde la ufa because I couldn’t see the future. Those guys at the opticals said my vision was just as good as a bat’s and angolo, eye glasses was inevitable. My old man was ready to part with ten thausan for the angolo but who’s me? There’s no way I was going to disappoint my ancestors with angolo.

Just imagine the whole of me with angolo angolo on my face. The villagers will say I’m a pretender. And those market women with idle tongues will say I want to use angolo to eat their daughters with salt. And I’m a church elder’s son.

How I coild in revulsion at the thought of what they will say in church. That I had gone to school and education spoiled me. Made me slip and deviate from the will of God. That I had become so full of myself now I stared at people from the top of my angolo.

Over my dead body.

Even Nyawawa wouldn’t take me seriously when they come. They will ignore debe that I beat for them the way they ignore barking dogs. Surely, even Nyawawa can not respect a man who wears angolo.

And children wouldn’t give me fear. They would shamelessly call me Ja’Angolo as I pass by and ignore my threates to whack their behinds and marry every female member of their family.

So I refused. I said no to this great dishonor on my person.

Well, a few years ago I had to go back to the opticals for the glasses. And this time round, I was there alone and on my own bill. Fifteen thausan on my own bill. Tears.
But When my eyes made kinship with these lenses, my life changed. Before then I had no idea grass was this green or the skys this blue. Yaani I didn’t even know village women were this beautiful and fair.

I really I’m interested in knowing more about Kwaya❣️💯

And you will. Soon 😁