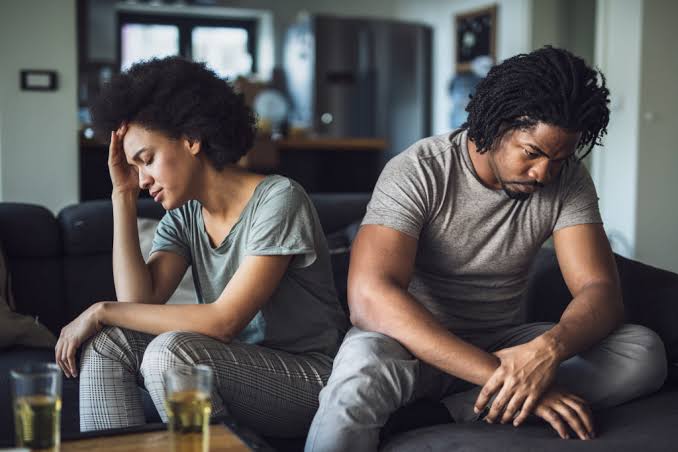 We’ve moved from a male dominated society to dominated male emotions, where feminist are trying to obscure our perception about men being the providers to don’t cares, emotion pillars and nurses of broken female hearts. In the other case they are described as ‘vampires’ because of how they reap out your heart from your chest and damaging your psychological and emotional status.

They could be hard to be understood and difficult to love but what they never talk about is how much they long to be shown affection. It’s a norm that a woman is the one who should be treated with care, given attention, loved and pampered with affection while a man is supposed to be respected. Which is understandable it’s a golden law when it comes to marriage.

How women take affection is different from men, when it comes to women you have to marinate your love with lots of flattery and words of affirmation. On the other side the only thing he needs is peace of mind. Show him how much you care about his mental health by putting limited pressure towards him. They dislike someone who nags them over the same issue or petty things, they have the nature of forgetting very important things and details like our birthday dates, anniversaries, first kiss. They don’t do it purposely as a woman you have to understand such is bound to happen and take the initiative to keep reminding him.

Swallowing your pride to save love is worth it. You want to annoy him, then it’s simple raise your voice or use a louder tone when addressing him. You’ll either find yourself in Kenyatta hospital if he is the kind that can’t handle his emotions. Or he walks away as you watch him leave.

Nothing makes a man feels appreciated like a man who receives a gift or a date from his woman. Or a woman who spends on his man. Technically they are not choosy like women they appreciate any brand you chose to get him as long as it came from your pocket and heart. Find out what he likes or has always desired. It actually awakens his generous side. Once in a while let him feel he is special, take him on a date or explore his hobbies together but be the one to pay for the bills. It doesn’t pain to make him feel different from the other men in your space.

If there is the gender that value time is men. They literally Love and treat time as an asset. He would never use his time on something that isn’t worth it, they therefore appreciate when it’s reciprocated by someone they are deeply into. It makes him feel so much entitled if you can spend quality time with him.

As it’s assumed that men are slaves to their pride that they rather die with their problems, you might be surprised to find out that they are like open books. They only choose who to share their mind, emotions, problems and dreams I haven’t mentioned their cheques since its a secret they swore in the garden of Eden to go with six feets under. They only find it easier to open up to someone when find secretive and trust worthy. Let’s not lie to each other it’s difficult to win a man’s trust, it can only be achieved a tactical woman.

Women are the worst listeners but the best talkers. Being a good listener is an added advantage to a man. Apart from just listening and solving our problems and wishes or desires they long for one person who can give them ears. It’s not easy to listen to someone’s problems but it makes a man feel better when you listen. It shows how concerned you are and reliable. The female gender rarely call the opposite gender therefore spending your time and airtime on him is one assurance of his place in your life.

Last tip they are adventurous and they love mystery. If it’s preparing a meal, try different ways on how to prepare a dish. Find out the spices he can’t stand and his favorite then use them to spice your kitchen. Apart from that lure him to do things he never thought of doing. The other thing that spices the love of two people is sex. If it means you have to be a freak then be it. Talk about it, talk about what you both like or how you like it, then use it as a leakage to know how to handle the bedroom.