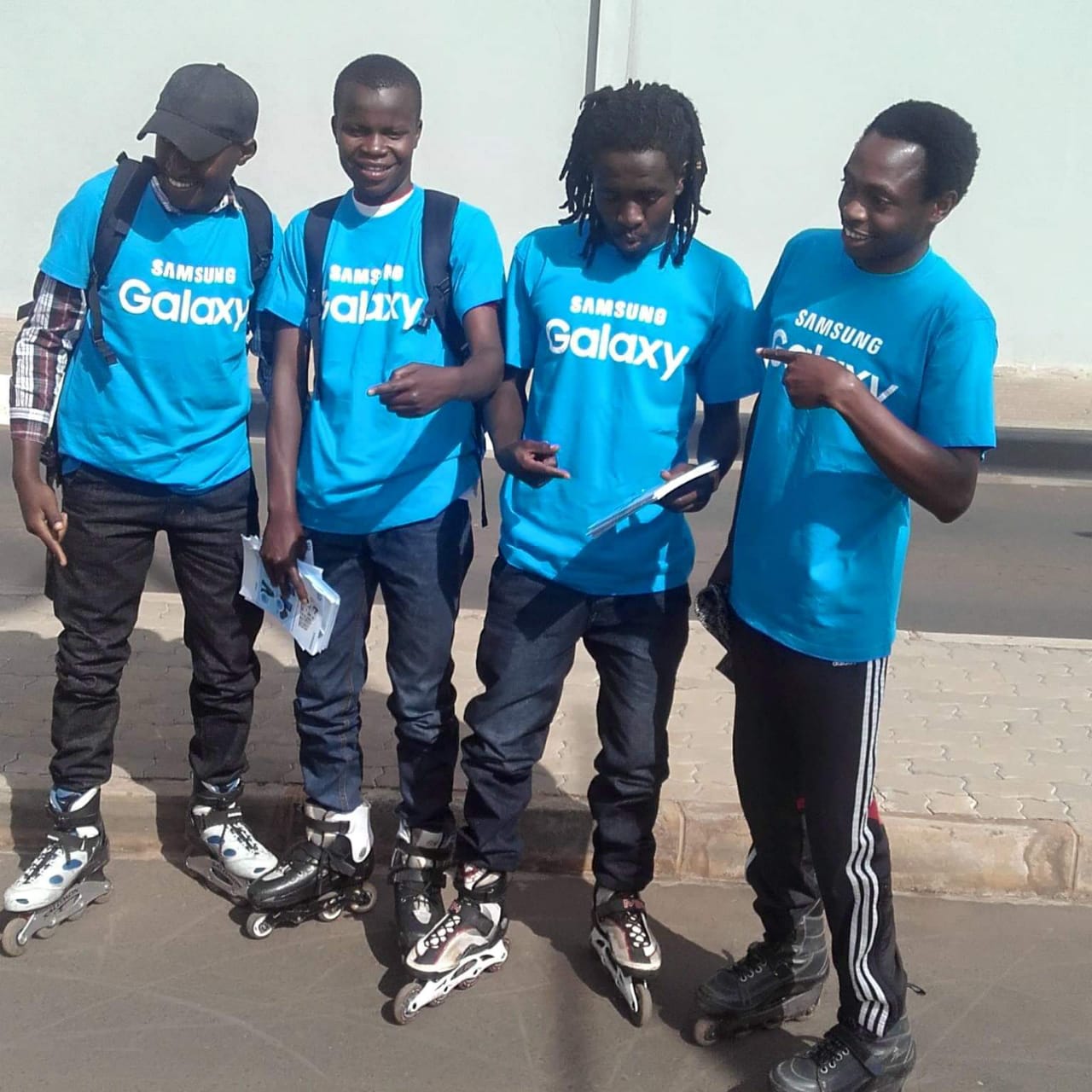 “Without passion, man is a mere latent force and possibility, like the flint that awaits the shock of iron before it can give forth it’s spark. “-Henri Frederic says.
Ever imagined of turning a hobby into a business that fetches you a good cash at your age? Some of us have, others haven’t. Well, if not all, almost everyone has a hobby that generally is for leisure, maybe after a long day at work station. It’s not bad, though I would gladly tell you that you just lack the passion, rather the driving power that can activate your mind and see a niche in what you do for leisure.

Here is their story, a group that has gone against all odds, and out of leisure they make a living. A good life out of skating, quiet absurd, right? City to Cities roller skaters, a group of ten talented ambitious youths, is the talk in town. A group that two years ago would skate together around the estates is now a fully registered advertisement company. Terry Maina, the group’s spokesperson inspires us throughout this week with their story.

TYM : How did you form City to Cities Roller Skaters?
CITY TO CITIES ROLLER SKATERS: Being from the same estate,we would skate together for fun as a group. It was a very large group before, but as fate would have it some left and now we are ten. Before we had just a pair so would skate in turns. Later thought of making a living through skating,so we ventured into the advertisement business.

TYM: How many pair of skaters do you own at the moment?
CTCRS: 50 pairs. And still in the process of getting more.
TYM: What does the business entail? Could you talk more about it please.
CTCRS: First of all, we are a legally registered company that performs it’s duties according to the law. Nothing much is entailed in this, it’s basically skating while in possession of the product being advertised. We skate around an area,advertising about the product, and later get paid.

TYM: Fantastic! What’s your major breakthrough?
CTCRS: Getting more customers each day and expanding on our market served. Other than that, some schools which offer skating lessons offer us the chance to train students.

TYM: What has been one of your major challenges in these two years that you’ve been skating?
CTCRS: Dealing with the negativity that we get from the community about skating, in the sense that some people do discourage us so much about skating and it really demoralizes at times.
TYM: That’s unfortunate. Just learn how you’ll get over all that. How can customers or any interested person reach you?

CTCRS: You can reach us through social media or at a personal level. We’ve got a Facebook page dubbed City to Cities Roller Skaters.

THIS IS HOW THE NAIROBI ROCKS WENT DOWN (photos)