HAS KINDNESS BECOME SO RARE?

Gone are the days when kindness was part of the daily routine or maybe common sense. It was part of being human and growing up…I mean if you weren’t kind you somehow didn’t sound human.

Few years later and we now grown. Though young we realize we are now adults,yes young adults. We become so cautious of this Kindness given to us. It comes sugarcoated,with extreme suspicious caring.
This is when Ken takes me out and I think to myself,he is really a nice guy and he cares alot about me. I zone him where I would zone my girlfriends….he becomes a special friend.

Ken knows he’s not new to this,he knows what he wants.
I go for more dates and I count him so special without any doubts,”you are a very nice girl and I’m happy that you are my friend”.
Lemmi take you to some other world a bit,
Have a look at this,David is a guy I met some days back during my first days in campus,he was a nice guy… the kind my mum told me about when she advised me about staying away from boys until I’m ready…she said a good guy will one day come to me…the guy she described was exactly how David was like when I met him.

Sometimes I thought that maybe my mum was wrong about when “David” would show up in my life.
He was so good… without blemish I’d say…little did I know.
David was so close to me that I wondered what he had seen in me that made him think I’d be a good friend to him. He introduced me to his friends…he would leave them to hang out with me.But,Something was fishy about him,it made me feel good…the fact that his friends weren’t my type….but they appreciated me..told me that they are good and I shouldn’t be afraid of them.They said that people fear them but they believe that they are the most chilled people and good hearted.
I figured out,maybe people just mistake that squad after all…maybe they aren’t as bad.

One day David gets sick and I have to take care of him: returning the favor. …how can such a good soul get sick….his friends ask me to keep an eye on him…it’s their turn to praise him on his behalf. They say that he’s happy I’m there and they think he’s in love with me. David in his bed tells me how much he is grateful…that he’s never had anyone to care for him like I have. He takes me down a memory lane, ” do you know why I can’t get my eyes off you? Do you know why I’ve always been protective of you? Do you know why I treat you so well? Because you are special to me. Because I love you so much since the first day I set my eyes on you. My friends didn’t know why I changed this much since you came. How responsible I got..I want you and I never want to hurt you..please say yes..please😭😭”.

He got the naive side of me…I say yes because I feel so special.. because I think he’s genuine. We then have sex because he claims he can’t wait. I go home feeling so good..never had such a feeling in my life.

Three days later..and David is not picking his phone..I try his friends but I realize I didn’t get their contacts.I go to his house and I’m hit with a ” David doesn’t stay here,he was just here because he needed to stay with someone since he was sick” kind of a look. I insist on knowing where he is but he doesn’t tell me…what a hard nut to break. As I left he called me back, ” I wish i knew you earlier i could have warned you,that’s what he does to girls naive like you”
And so I ask, Is Kindness so rare that it’s mistaken for romance? 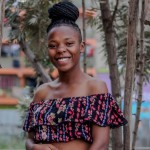