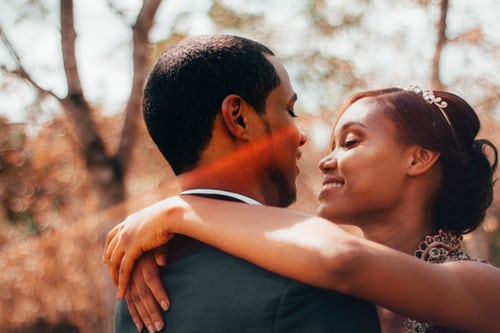 Why You Shouldn’t Ask a Lady Her Age

You’ve probably heard a lady say, “ladies don’t tell their age.” Or perhaps, you’re a lady and you’ve ever used that line on someone.

Age is nothing but a number, many will agree. Even though age dictates how one thinks or reasons, sometimes it’s just a number tagged on how much time you’ve been on earth so far. We’ve all met people who are old, but their reasoning doesn’t much their age. And also, we’ve possibly encountered young people who reason as if they had the script to life.

Unlike men, women don’t prefer to expose their age. They prefer to keep it private. Why? You’d ask. There are many reasons why ladies like their age to be private, or secret for that matter. There are also reasons why not to ask her how old she is, lest you become instant enemies.

It is best to never ask a lady her age. You’d better let it be in the dark forever, unless she is comfortable telling you.

They Love to look young

Women love it when they are told they look young. Or younger than their real age. Telling a woman that she looks older is something in the neighborhood of insult. Don’t try that at home. Also, don’t ever guess her age, even when she tells you to guess. Your guess might exaggerate and end up offending her. You’d rather hit her with a line like, “I am so bad at guessing,” than taking the risk.

Telling a lady that she looks younger than her age boosts her self esteem. It makes her feel better and confident in her own body. You’ve probably met people who look younger than their real age and probably wondered what they do different to look that way.

Some people have higher metabolism thus having huge physique compared to their age. They might be 22 but their physical structure says otherwise. It is biological and very normal. There is nothing wrong with it. It’s not once, nor twice that I have bumped onto posts on social media where people go crazy after a woman who has higher metabolism discloses her age.

The thing that they don’t understand is that it is actually a normal condition and some are genetic. You can inherit the physical structure from your ancestral genes.

Most people with such a structure will find it offensive when you try to ask their age. You shouldn’t.

They are forever sweet sixteen

A woman will never want to age. They will always want to be seen young, felt young and also, act young. With the evolving generations, it’s not abnormal to see a 50-year old in a minidress with shades and piercings everywhere.

It’s funny how time flies. This minute you are a teenage, before you even breathe in you are a grandparent. Some women settle once they get married and care less about their appearance nor age. But some will still want to fit in the bubble of evolving generations. They will still go to clubs where youths are and mingle with them freely.

They will do all it takes to fit in, be it dressing, talking, and even dance moves. All this is to show that the age gap shouldn’t be a reason for them not to associate with the younger generation. You will only cross lines when you lose it and ask how old they are. This will not only come out as offensive but will make them feel out of place.

Age is just a number. Remove it from all the equations when interacting with women. Women, not girls – get the difference.

Reasons Why People Pay School Fees for Their Patners

With this epiphany , age ain’t just a number to the gender that the piece details.Its what you say they are not that matters,because what they are sucks and it tears and wears ones inside and the sayer is profiled to be biggest enemy of development 😝😝yani maendeleo ya wanawake🤣🤣🤣