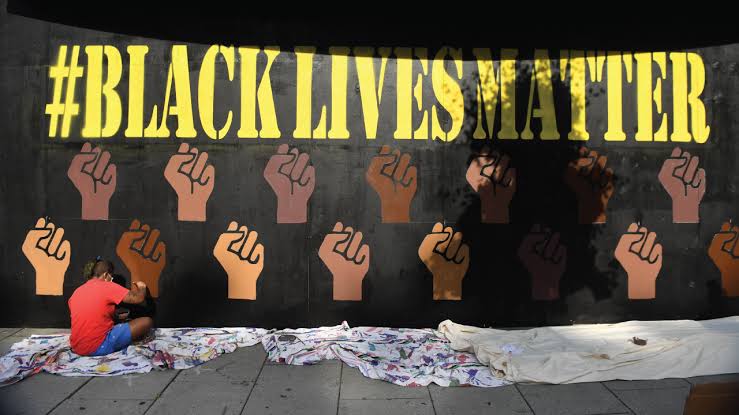 DID WE EMBRACE IT?

May 25th 2020 will remain ugly deep down the hearts of many black skinned people around the globe. The gory images that went viral on social media from that inhuman act will remain inerasable. Easy, if you have not been following world news closely, let me have the privilege of delivering it to your doorstep. A 46 year old black man was brutally killed in Minneapolis, USA during an apprehension by police for allegedly using a counterfeit bill.

Derek Chauvin, a police officer, knelt on George Floyd’s neck for almost 9 minutes while poor, helpless Flyod was in handcuffs and lying face down on the street, begging for his life and repeatedly saying, “I can’t breathe!” This fell on deaf ears. A second and third officers further restrained Floyd while the fourth one prevented bystanders from intervening. During final three minutes Floyd was motionless and unconscious while merciless Chauvin ignored onlookers’ pleas to get his knee off Floyd’s neck which he didn’t until medics asked him to.

Floyd’s brutal death triggered demos and protests in more than 75 US cities and around the world against police brutality, racism and accountability. Phew!! I have used all my graphical acumen to depict with exactitude the evil that happened under the sun then. Sorry I didn’t mean to be creepy.

Personally, I’m nicely clad in dark skin and I’m grateful to my genius designer. “Alicheza kiyeye” to create me into this gorgeous being! This drives me into condemning with the strongest words possible this heinous act that’s been narrated. I’m audacious enough to shout at the top of my voice, “every life matters, black life matters!” In such a generation, this act should not be mentioned of anyone anywhere in the globe.

We are supposed to be imbued by now with values and virtues that dignifies everyone without any form of discrimination. We should be enjoying and dancing to the harmony and symphony of this diversity that was designed and purposed by our creator. Did you know that good music in a piano comes from skillful pressing of both black and white keys? For those who this is their forte will tell you how difficult it is to get melodies from only one color key. Ask them.

Wait I don’t have any intentions whatsoever to ravage anything that’s well built. I just beg to be a bit evocative, just a little bit. I should put a disclaimer here that I’m not going bonkers please. I am with all my minds as I ‘nduthis’. Don’t fume in anger and stone me to death. I am bringing some other graphics to you again, please promise me that you’ll save them in PNG or JPEG format for quality viewing, will you?

It got me thinking about somethings we have been embracing so dearly and holding them closely to our bossom, I really don’t know where we got them from. I wish I knew. I am not a weirdo neither am I related to any and am not flippant on this. Why have we always believed that white signifies peace and black evil? Just asking out loud! Wedding gowns are white whereas funeral clads are black, why?Why would someone be blacklisted if they default in paying their loans and not whitelisted huh?

I am not telepathic but I can see how Tala and Branch landers are groggy in the stupor of this reality. Arguably, the worst on this list, unless am convinced that this pieces of art have been and are always done by insensitive racists.This is another evil I’ve seen under the sun, portraits of Satan are always imaged as a black scary ‘nigga’. Quite demeaning!

My sincere hearty appreciations goes to my fellow ‘Ubuntu’ believer who designed those black mannequins I saw in some boutique in Tom Mboya street: where Tom Mboya street meets Haille Sillasie Avenue, Nairobians you ‘gat’ me on this, right? Another evil I’ve seen under the sun is fellas who bleach their skins to escape black complexion. A better way to prove that black lives matters is for us to shun from bleaching our skins and embracing our melanin’s tone. I’d pose this question again, didn’t we embrace racism?

BE GRATEFUL, YOU DON’T OWN ALL THE PROBLEMS IN THE WORLD

IS THE PANDEMIC DROWNING CAMPUS RELATIONSHIPS?

Thanks bro,this means a lot ,cheers!

💖always pleasure to read your vibes