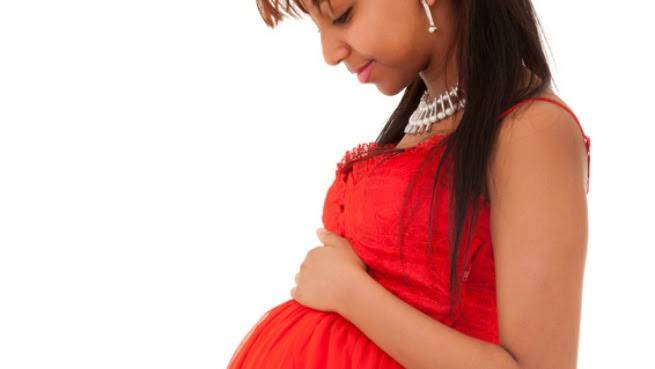 I know of drug and substance abuse, peer pressure, and unprotected sexual activities. I also know of rape and curiosity. But there is an umbrella for all this; some kind of breeding ground for teen pregnancy. Let’s call it silence.

In An article published by The News Minute titled,” Breaking the bro code: Why men need to speak up against misogyny among themselves,” writer Ramanathan S. says, “The bro-code within our families and friends’ circles thrives on mutual encouragement, complicit silence and, at best, looking the other way.” Apart from the media (movies, commercials, and web-series, etc), the normalization of gender prejudices and sexual violence has been geared by the ‘family bro code.’ This means that a family member is allowed to get away with any sexual act and it is destroying the lives of people around us.

There is the proverbial fact that you know a few months ago our country was shocked by the news of many teen pregnancies, topping the list being Machakos county. Now the numbers are shocking and as I went about my business online I could not help but notice there is a gap somewhere that needs to be filled.

Today’s article is dedicated to getting to know how bro code has contributed to the numbers. Hugely unknown to many is how?

First things first, I will define a bro, according to the bro code constitution, the book, “The Bro code” by Barney Stinson and Matt Kuhn. They say that “A bro is a lifelong companion you can trust will always be there for you unless he’s got something going on.” And on the question of whether only dudes can be bro’s, they argue, “you don’t need to be a guy to be somebody’s bro, provided you uphold the moral values contained within this sacred canon.”

We are now in the light that even women could be bro’s. It is however my opinion that while that may seem true(or is actually true) the worst form of hypocrisy is masked under bromance. And it is here that I link bro code to the national headache of teen pregnancy.

Allow me to tell you a story about my friend Enock(not his name) who was robbed in public in downtown Nairobi. He narrated to me how onlookers couldn’t do or say anything as he was stripped of his belongings, a laptop, money, and important documents included. That same thing, keeping silent when the robbery is happening as if we do not have the power to stop it, is the same with teen pregnancy. Most of the time we know the perpetrators, but do we ever mention or report them to the relevant authorities? Or do we ever rebuke their behaviors?

Such mentality is linked to one bro code by Barney Stinson and Matt Kuhn.The mother of all. One that is called “the golden rule.” It is here that all evil happens. The rule is, bro before hoes. This in itself means that a bro gets privilege before any other party. In the case of a father who molested her daughter or where a son found out that the mother was engaging in extramarital affairs, the code existing before them makes them silent. This thus can have another negative impact. In the scenario that the son or daughter does something wrong, h/she has immunity because he/she can blackmail the parent. In the case where the husband impregnated a teen, then tongues will be cut and no voice will come out.

There is also the ‘brode of silence’(bro code of silence) that treats everything happening to a girl with dead silence. It ensures that a bro does whatever he does and it remains wherever it is, never to go out. It starts when we are teens and goes up to marriage. When that father touches his daughter’s breasts, when the mother inappropriately touches her son, the brother messes with the sister and so forth, all these in our vicinity, when we mute about it, we are lying to ourselves.

Then there is the other side of the story that is a result of defilement. When children are engaged in sexual activities at a younger age, they may develop a tendency to engage in sex more often. They enjoy sex, feel guilty and sad, but do not have control over the aggressive sexual behaviors.

Such behaviors have been reported in the media in the past. I have read stories of young girls who were abused by their parents and close relatives. While taking them in, their ‘good samaritans’ in turn abused them. When taken to children’s homes, they took that as an advantage to pursue sexual pleasure with male workers while others seduced fellow girls to touch their private parts. This great addition to sex is called hypersexuality and it is a pregnancy of psychological trauma in sexually abused victims.

It is shocking that some victims are abused by close relatives. There is a case I read about, where the sympathizer was such a pimp and took advantage of the girl to get money. She would give her away to men in exchange for money. And when these things happen, some people keep it shut. I was told a story of young girls in Makueni who are forced to have sex with men their father’s age so as to put something on the table because their fathers are alcoholics and their mothers just do not care.

In hong Kong, sexually abused victims complained of a set back to recovery because of staying at home. Teng, a freelance photographer, and rape survivor tell of how she was raped while on campus. And because rape affected her self-esteem to a point of hating herself, she did not report the matter to the police. The same happens with many Kenyans. But when she told people about it, she broke relationships that existed; her boyfriend walked away, her parents got angry and her father was doubtful of her story.

When such things happen and victims of sexual abuse in our homes do not speak out, then we get such headaches like numerous teen pregnancies. It is safe to say that we are all key players in this. There should not be any blame games being thrown here and there. We should all be responsible.

If we stop the “kuwakunywa” mentality, which today can be noticed from all the genders, then we are on a safer path. The vehicle of teen pregnancy is controlled by us, drunk drivers. It is thus our task to sober up and take the tools to meant our wrongs. Speaking for that little girl who might not have the courage to, can save us a national headache, but more importantly eradicate hypersexuality and the trauma that comes with sexual abuse. All these being caused by us looking the other way.

This is a pretty Interesting Article💖Good Work Brian

Sadly true….such a loud voice to those who are living such lives

You pinned the truth