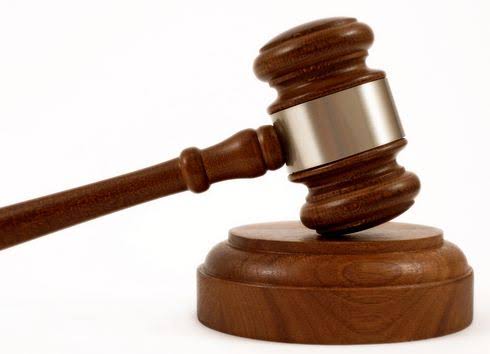 Do an evil and watch it multiply. One disadvantage of being a criminal is that no one can believe you even when you are right, not even your loyal dog that wags its tail every time you get home. I was in a toughest situation of all. How would I convince Detective Monalisa yet already my side of story sounded like a fairy tale if not a half-baked allegory? With a history of conning unsuspecting citizens and now a failed heist there was no way she could think otherwise, she didn’t go to school to prove that I was right, she did go to school to prove that I was wrong and that’s what she was up to at that moment. With the confirmed multiple cases that I had, connecting to an unsolved murder case would just rub me off from the world’s face.

“On 15th, June of the year 2020, the first accused person and others who are not before this court, attacked St. Jude’s ACK along Monrovia Street, with an aim of robbing the cash from a fundraiser held on the same material day.” She paused then continued, “the court was also informed that the first accused held the people hostages…” the prosecutor finished reading from what looked like a long written script then adjusted her glasses before staring at me directly then back to the judge. “As we all know, the above accusations are so gross under the laws of the land, my Lord, such characters are the notorious ones who are derailing our efforts in upholding national security, ” She paused before my lawyer could ‘object.’ That whole time Judge Nolan was busy scribbling his notes. Before long he’d make a ruling. The prosecutor was so firm and fearless, at first I alluded her toughness to being moody, after all it was on a Monday and I must have ruined her weekend, instead of spending time with her family and loved ones I bet she had a rough time compiling my profile, she had the right to get tough. Witnesses started streaming in one after another, Max was one of them.

I could clearly notice familiar people from where I was, not surprising that Monalisa was present since she was the detective in charge. She would soon be a heroine after my trial and sentencing, she’d earn an award on that, however, she’d live with a secret. Why would she do that though? Didn’t she love her boyfriend? I guess the best she could do for a loved one was to reopen the murder case but she opted not to. On my side I felt grate that she didn’t, maybe she had believed, maybe, just maybe. Moreover, I wasn’t Jesus to die for others’ sins, I wasn’t going to take someone’s else responsibility on what I didn’t do.

“Case file number 292, of the state against the accused, I have heard the accusations, which are absolutely right. However…” He paused for a while before reaching out for an envelope, then continued “according to the government Psychiatrist report, I find the accused be of unsound mind, he suffers from dementia, brain tumor among other sensitive health conditions that I can’t talk about in my court. The court therefore finds him unfit for hearing and recommends he be taken to a mental hospital immediately for medical attention and monitoring. On the same note, the police department has a period of 72 hours to bring others to book for trial and sentencing. This accused is acquitted. The court is dismissed. ”

Could you believe that? Being insane? How? I couldn’t believe it either. Someone had come to my rescue, who was this anonymous person who interfered with the report? Maybe the judge had confused my medical report to another person’s. As far as I was concerned, I was as healthy as the opposite of the medical report. Someone had an unfinished business with me. Who could that person be?

COMRADES SHOULD SUPPORT A COMRADE’S BUSINESS

I could never have guessed this I swear
😂😂😂

And now you’re insane, all because of what? Monalisa!!!😂😂😂😂Anyway this was an awesome read. Chapter 12 please.