Have you ever taken your time to think about the etymology of some of the funny and peculiar names around? Maybe a name of an acquaintance or even a celebrity. Generally, people are named according to what they do or how they behave, for instance my cousin Chief Nugu, he is the biggest noogle I know about. To some extent, some names are synonymous to different occurrences and posts, like right now my niece keeps calling Kenya’s Health Cs Mutahi Kagwe as ‘Mtu Wa Corona’ and my cousins back in shags once asked me “Moi wa Uganda anaitwa aje” to mean Uganda’s president. However, the funniest of all the origin of names are high school’s, they carry the day.

A couple of weeks ago before being put under a lock down I met a long time high school friend James ‘Sodi’ Odhiambo. Sodi, as popularly known was this coolest lad to chill around because he’d never snitch or sell out the whole squad. His coolness and craftiness would at times land him in serious problems, I’m still nostalgic of the day he received several strokes, something that he could have avoided. I vividly recall it was on assembly day and some of us had not done their daily manual work, so the teacher on duty, who happened to be an attaché, was on our neck, walking from stream to stream combing the defaulters. So she got to ours and as always her appearance meant a good day for us, just imagine a madam teacher walking to your class on a Monday, that’s a blessing, right? She got in and started reading out names, I must say that most of us weren’t aware of what she was up to, but we were pretty sure she didn’t mean harm. “Clinton Kimani” she read out, well, you can guess what happened. It wasn’t Clinton who stood but Sodi. To cut the long story short, he received fifty strokes for something he didn’t do and on the on the other hand saved Clinton’s skin. That was just one. Let’s now talk about the origin of his name Sodi.

The great Rapsville is situated in the sugar belt, a place of cool waters and sugarcane. There was this time that the school’s water pump was faulty so we had to get to the river in the evenings to do laundry and have a bath. We loved this and always wished that our water pump would be faulty for the rest of the term because boys would chew sugarcane mercilessly and smuggle in some tantalizing avocados to spice up the ‘bitter herbs.’ The administration realized that and would later recommend that all the students should be back before 6 pm. The curfew only worked fine to the juniors, most of the senior boys defied and this time again, we were in a very hot soup. Our gate man, Joland was instructed to categorically write names of late comers and he did just that.

“Sodium Peroxide Odhiambo” of North-East (a non-existent stream) was number two in the list. They couldn’t believe how they got played like little kids. The whole school was chanting Sodi and he has remained to be until now. He is still a legend. 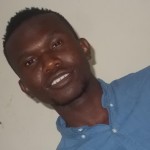