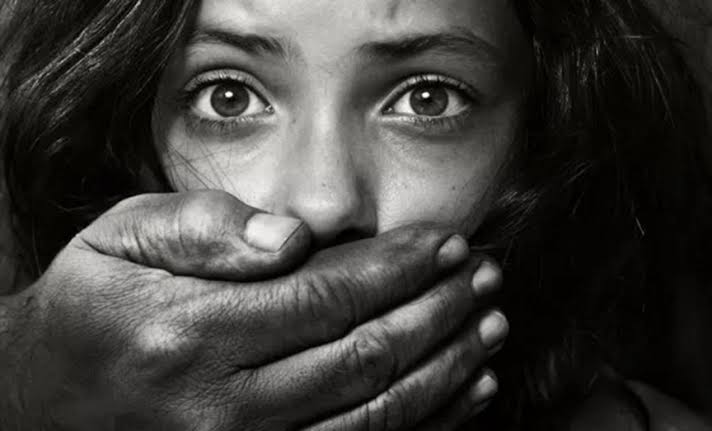 HOW HARD CAN IT BE TO ASK FOR CONSENT?

Since time immemorial, we’ve looked at rape from one angle. One which we blame the victim. Where her dress was too short, her trousers too tight, her cleavage too suggestive. Basically, she asked for it. But if she really asked for it, would it really be rape? You can’t justify a sin by it being tempting, can you? How hard can it be to ask for consent?
Today though, I want us to switch focus from one angle to an aerial view. More like the flip side of the coin. So, shall we?
What causes rape really? What are the motives behind this dehumanizing act?
The World Health Organization(WHO) states that the principal factors that lead to the perpetration of sexual violence against women, including rape, are:

Weak legal sanctions for sexual violence.
Of the three, I want us to look at the second: Attitude of male sexual entitlement!
Sexual aggression is openly described as one of a masculine characteristic. Rarely do we look at the boy child when it comes to matters teenage pregnancies. Sadly, it is not any different when it comes to rape. There is rarely much social pressure to control young men or persuade them that coercing sex is wrong.
Families prioritizing honor over acceptance end up denying association with the rape victims when there happens to be blood ties, and if strangers, choose to avoid the topic all together. A culture of blaming women and not punishing men is a breeding ground for this henious act, don’t you think?
In this century, the 21st, I’m just disappointed, disgusted and sad to see how men respond to rape cases.
A while back, on our tym platform (sourced from Twitter), a situation was posed. A wife to be or a girlfriend raped by three men on her way home. Question is, would you still stick around or pass?
Myself, I really didn’t see the essence of two options coz only one made sense, stay. Why? This lady has just gone through hell! Trauma! She feels dehumanized and the least you can do is offer a shoulder to cry on. She badly needs emotional support and not you thinking of how much cumm the three beasts left in her🤦. She needs you to tell her that you still love her despite her not loving herself at the time. She needs you to direct her to a therapist and work through it all together, or at least try. She was the wife to be, wasn’t she? Just a couple of months away from confessing vows. For better for worse, in sickness and in health, till death do you part? Well now she needs you more than ever. Will you let the three beast that violated your lady do you part?
Well, that’s just what I thought, my opinion. Then reality hit like a hot slap of failure after a huge investment of yourself. If you only saw that thread😞:
“She’s now trash”
” What was she doing out late?”
” Why wasn’t I with her?”
” She’s unfixable”
And it gets worse… These are just the decent ones. A picture of young men talking however they like. Would a little empathy hurt? I mean, this is a human being we’re talking about. She might have been going through depression at that moment. Wouldn’t your comments just make her not think twice on implementing those suicidal thoughts she’s been having? Isn’t this toxic environment encouraging this impunity?
So, before you tell a lady to avoid dresses in parties and do jeans, would you please pass the message to your fellow broz whose zip seem intentionally loose to keep off the parties instead? If being patient enough for a green light of pleasure is too much to ask, keeping your D to yourself shouldn’t be. Your horny ass will survive the night, and gladly save the lady a lot more, to say the least…HER LIFE.

It Ended Before it Began

You said it best and true

So far, so best like literally 👏Makofi safi safi hapa… Sex and respect, no gender is more entitled to it than the other.

This was 💯 educative….we more often than not put the blame on ladies on such instances and forget they are the victims and they need to be looked out for.👏👏👏 good work Liz

This is great and it has a powerful message

@Liz… Couldn’t agree more. The heaviness and truth in this… It’s time that the lesson be “Do not rape” instead of “How not to get raped”.. Go girl 👏👏

This is an amazing piece girl… It’s sad how people don’t take such topics seriously and even go to the extent of making light of the situation or worse still, scoring the victim… Until it happens to them or someone close to them

[…] only been only been four months away from books and bells but sad it has come to this. Rape and transactional sex aside, that’s a whole other story! Story for another day, perhaps. […]

We just caught in the moment😂