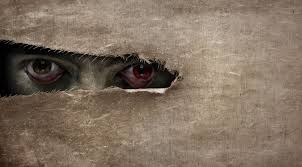 It’s nothing short of surprise when it comes to the recent news hitting the airwaves. Makes one wonder what happened to humanity. You know, that piece of one’s soul that pulls them back every time one feels like doing something stupid. Where has it gone really? Fathers unleashing their perverted minds towards their daughters, and I’ve also seen grandfathers have joined the evil congregation.

The worst part of all these is the fact that it’s happening in our midst and nothing is done, literally nothing! Domestic violence has been rampant these days, not to say it wasn’t there before, but the level at which the cases are rising is too high for our minds to grasp. Women beaten, chased away from their homes just because the man can’t take the pressure. Men running from their homes, lest they be demoralized by these women due to the fact that they can’t provide as they used to. These mere facts lead to fights I’d rather not fathom. Humanity has been lost, replaced by iniquitous evils that only the Man above can save us from.

Larceny is nothing new when it comes to our leaders, looting from us since independence. I was watching the news the other day and I was amazed by the fact that the money that was allocated for the youth, commonly referred to as “Kazi Mtaani”, is missing. This makes one wonder where that money went to. Do we blame the officials or the government? The young men and women have been toiling all over the streets cleaning up and now no pay is to come their way?

I feel it from deep within. The fact that their sweat is sponsoring some Trump wannabes to vacations in Dubai and all is just disheartening. What to do though? The anticorruption agencies seem to have fallen into dormancy. Proprietors walking away freely due to lack of “evidence”
Welcome to Kenya. A land of many opportunities, they say.

In the society we live in, one has to know someone who knows someone, also known as the “Godfather mentality”, to survive. For one to get a job let alone getting one’s own hard earned money, the Godfather must exist. This is the society we all have to survive in.

Money and power relate completely. You bear me witness that without the so called links one is doomed in most parts of this country. ” Unajua kijana wangu anamaliza next year, nataka kukuletea yeye hapa msaidiane.” Such phrases run our companies and government organizations. Where knowing each other is the perfect qualification compared to any level of education one has.

What do we do now as Kenyans? One protest and teargases will have all for company the moment we hit the streets. Jobless youths all over, crying for support from the government. Which government? We have to live with the harsh reality. A university graduate with first class honors for a certificate selling “njugu karanga” on the highway. Where are we heading?

It’s the nation we live in, the poor stay poor as the rich swim on bills running their way. We have to live with it! Or what would your advice be, fellow Kenyan? Will you be satisfied by the “fellow Kenyans” phrase till you succumb to extreme poverty and molestations? Feel free to leave it on the comment section.

LOVE ME IF YOU DARE

This is a masterrrrpieeeceeeee papi🔥🔥🔥it saddens my heart reading through this article but every word of it is the true reality of what’s happening in our country.

Thanks so much mama💞

To some extent, I believe that leaders are a reflection of the society. As much as this system called The Government corrupts the mind, the corrupted must have started the process while civilians like to have the nerve and audacity to embezzle taxpayer money and not feel and not feel an ounce of guilt. So it basically starts with us, when given a sweet bribe deal to get that job, will you take it?