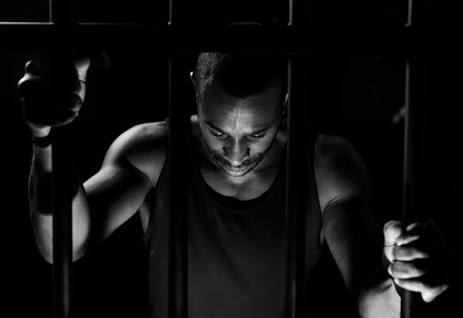 I was no lawyer but one thing I was certain about I wasn’t going to see my home for at least the next twenty years. Even without an official charge sheet I had already convicted myself with multiple crimes; robbery with violence, holding people hostages, attempted murder or even actual murder, just in case Max didn’t pull through, interfering with people’s freedom to worship and yes giving the Pharisees a hard time among other crimes. In a nutshell, I wondered how life could get, one moment you are born into the world, everyone loves you and calls you ‘totoo’ and ‘abujubuju’ while playing with your cheeks, the next moment before you know it, the same people don’t even recognize your cheap cologne as you pass by the nearby kibandaski for chapo dondo, it’s the world. One moment you are happily in love, maybe married and the next moment you are heartbroken, beaten, bruised and wasted in a nearby bar draining bottles of John Walker, because you feel Johnny would walk with you every day without tiring or betraying you ever. Just like me, a few hours ago I was in dreamland thinking of how I’d be spending big in Luxembourg after the heist but there I was, sandwiched between my nemesis, the police. A few months before that day, I met a random mademoiselle in a bank, who I got glued to and eventually gave up on, and there she was turning out to be my detective, she came back in my life. We had met when I was a free man back then in the streets and now when I was caged like a bird, too. This world, described only in three words; unpredictable, harsh and multifarious.

I can’t say the ride was smooth, but technically, it was smooth because she was part of the ride, maybe that was our first and last ride together, who knows? We didn’t say much though, except for the formalities like “You have the right to remain silent (as if I wanted to make noise), anything you say can and will be used against you in the court of law.” Soon we’d arrive at the station, and after several hours of seclusion I was finally driven off to a different remand prison, this time round Monalisa didn’t come with us. She came over the next day in the morning. In my mind I wondered if she could recognize me though and why had she stared at me like that before making an arrest.

One thing that I fondly recouple are the mates I met at the remand. At first it was so rough, but soon I had made friends with a few inmates. The detectives requested more time to dig deep into the matter and so I was locked for as long as I can remember. Ludwig, Tony and Mrazi were their names, they didn’t stay for long albeit. Each one had his story how they ended up on the wrong side of the law. On Ludwig’s case, he’d been alleged to have made home-made teargas canisters for students who were constantly at loggerheads with the law enforcers. Rumors had it that he was arrested after an abnormality of how students managed to beat the police in their own game, you know, in every deal there must be a snitch, so he was fished out. Tony was third year law student who not more than once has been reprimanded for viciously attacking politicians, he maintained that he was a revolutionist and a human activist who could not tolerate the mistreatment by politicians, his followers loved him for his enthusiasm and rich vocabulary. Lastly, Mrazi. I wasn’t sure if that was his real name, he was booked under an OB as Mrazi because of how he repeatedly mentioned the word Mrazi, thanks to the bhang. He had been arrested for using an illegal drug the previous night in a nearby bush. When asked his name, he’d blatantly reply that “Mi ni Mrazi lazima nichachishe, nyi masanse ni mableina tu.” His oversized jacket, brown boots ‘timberland’ and a singlet sold him out. Anyway, they were waiting for him to get sober first to rebook him under a different OB.

It was my time to be grilled, so I moved in, sat on the chair, and waited for Detective Monalisa to do what she was best at.

MY FIRST TIME WITH A VIRGIN (Version 3)

The Mrazi part😂🙌…Kartelo’s voice was in my head reading that😂
Anywho,there are a lot twists and turns in this article, I love how it’s hard to predict what will happen next

Just make this article to be acted in short series 🔥🔥🔥🔥but mbona unatufanya hivi????

I hope my fellow detective will do the job well 😂😂😂. The Johnnie Walker line cracked me up 😂😂😂. This is awesome I love it! Love it!