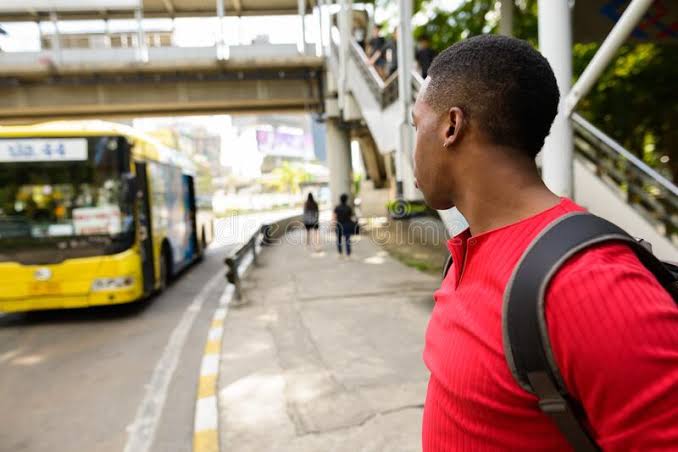 I had since stopped my luck around the streets because it was so evident that she didn’t use the street most often. Reaching her was getting elusive and as the days passed my hope was diminishing. I started to think that maybe she wasn’t from around too, or maybe I was just overthought in the first place. Before giving up, I decided to give it one last try with a new approach.

St. Jude’s ACK was just a few meters away from the city’s CBD. In my last plan to find the imaginary love of my life I identified it as a major breakthrough, it had a public WIFI, it would serve me adequately in my quest. Just before signing up in Tinder I prayed to God to forgive me because I wasn’t going to use His house to glorify his name. Tinder was a legendary dating site that brought singles together, or probably our brothers and sisters who had it rough expressing themselves like other normal people. I signed in, chose the best picture for the profile.

It didn’t take long before I recognized a face like hers, at first I wanted to ignore because there was no way it would be that obvious but something else caught my attention, the picture seemed to be hers while the name was different. Vallary Meghan, read her profile. After convening a meeting between my inner soul and mind I made up a resolution that a two letter word “hi” wasn’t going to cost a lot after all, to my utter surprise, her reply came seconds later like those machine generated ones. I wasn’t believing it and treated it with uttermost contempt at first before thinking of another dry text to send back. Much wasn’t said on that day since she couldn’t recognize my round face, her recognition wasn’t an issue though.

Days and months passed, we had since developed a habit of late night chats of endless conversations about meeting up once the lockdown was lifted. She however didn’t like calls claiming that they made her nervous, especially around her younger siblings. From Monalissa to Vallary, an occurrence that she had an explanation for, she loved being incognito. Somebody’s daughter was making my days and nights that I’d always swear to my crew how online dating was working well for me.
I wish you could see my facial expression when the president lifted the lockdown, as everyone was thinking about rebuilding themselves, all my thoughts were on how she’d warm my bed sooner. For the next few days I worked extra hard to secure her transport fee and accommodation for a week. The level of happiness made me love everything that nature provided, at one point I found myself telling my dog not to bark when the beautiful one finally comes home and hoped that it didn’t.

I’ve never loved Sundays ever since I knew how to count days of the week, my guest was to arrive at 3 o’clock in the evening and I had set everything in place, I couldn’t hide away my happiness as fantasies of the two of us watching the moon that night took the better part of my mind. A quarter to 3 I was already in bus station ready to receive my guest, I had grabbed few snacks that would supplement our first face to face conversation. My eyes were glued on the direction from which she’d alight and any time I’d see a lady on a black high-waist trouser and low boots, my heart would skip a bit, we’d agreed on that dress code.

“Mteja wa nambari uliyopiga hapatikani kwa sasa.” that was a service provider urging me to wait no more for my guest because she wasn’t making it any soon. How though? I felt a pain pricked down my dry throat as I swallowed a lump of saliva, it was already 4 yet the sun was scorching angrily. I had been conned, that wasn’t my sweet Monalisa, later on realized that he was actually a male with lots of pseudo accounts with an aim of swindling money from innocent souls like me. I felt weak and beaten in my own game, indeed Sunday proved itself to my thoughts about it. I had been reduced to zero, at the stage I just stood not knowing what next step to take, a cold wind with a smell of the city’s latrines hit me that I grinned so hard not to believe that I had been played for two months. The dusk was creeping and I had to leave for my little crib back at the village.

Interesting!😂 I feel like am watching a movie while reading it😂🔥