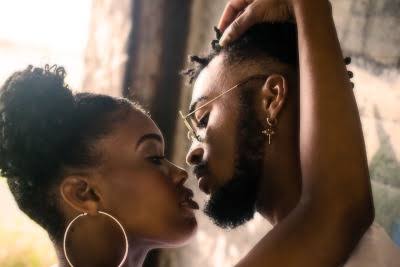 Fisi ameacha kukua mlafi, amekua fuckboy. We are existing (not living) in a generation where true love is as extinct as the kamisi. It’s so worse that the ones in love look like they are doing it the wrong way, or doing the wrong thing, or both.

Fuckboys have multiplied. I would wish to call them Brayos and Kevohs but that’s cliché.

They will clad in grey sweatpants that advertise their ‘cassava,’ bounce in those heavy, gigantic Balenciaga shoes and sweeten their mouths with words that are sweeter than honey.

These boys will snatch your girlfriend and still smile at you to signature the brocode. Here is the catch though, they dress to impress and snatch to fuck.

Innocent girls have fallen victims to these ilks. They get lured into their world with their way of fashion, their way of speech, their lifestyle and when it finally dawns on them, the boys will have scooped the cherry and stepped on the trail.

Kevoh, who is doing it for prestige, will ‘bed-down’ copious damsels. He will eat after he has eaten. He will make sure he has slept with your ex-girlfriend, your current girlfriend, your side chick and even your future girlfriend. After, he will be praised for being the master of that art. Torrent of respect and myriad of applause will be rained on him.

It’s sad how guys get all that applause for such stupid acts and make girls look like they erased dignity in their dictionaries. Whilst the boys are being praised, the girls get entitled ‘hoes.’ how sad.

The world is changing. Let’s flip the coin. Girls also want orgasm. And they really want it too. They are also becoming mafisi. They will trap you into coitus then make you feel as if you are the one who used her. But in the realest sense, they used you, and of course, you will be a topic when they meet to plait Shiko.

In this era, you are either single or promiscous and if you are not, you become an outcast.

Most heartbroken individuals are the ones who morph into such demons. The anger and pain compells them to give in to every guy and sweep off every lass on their way.

Such acts has led Caro to abort countless times, Deno to be a young father, Grace to be a HIV transmitter and Stivo? He died. He was experimenting with viagra. R.I.P.

Embracing true love is something that we can all do. We can all be at peace when we stop being greedy and focus on one person, that one person that we treasure. True love exists.

THE WORLD OF FREQUENCIES