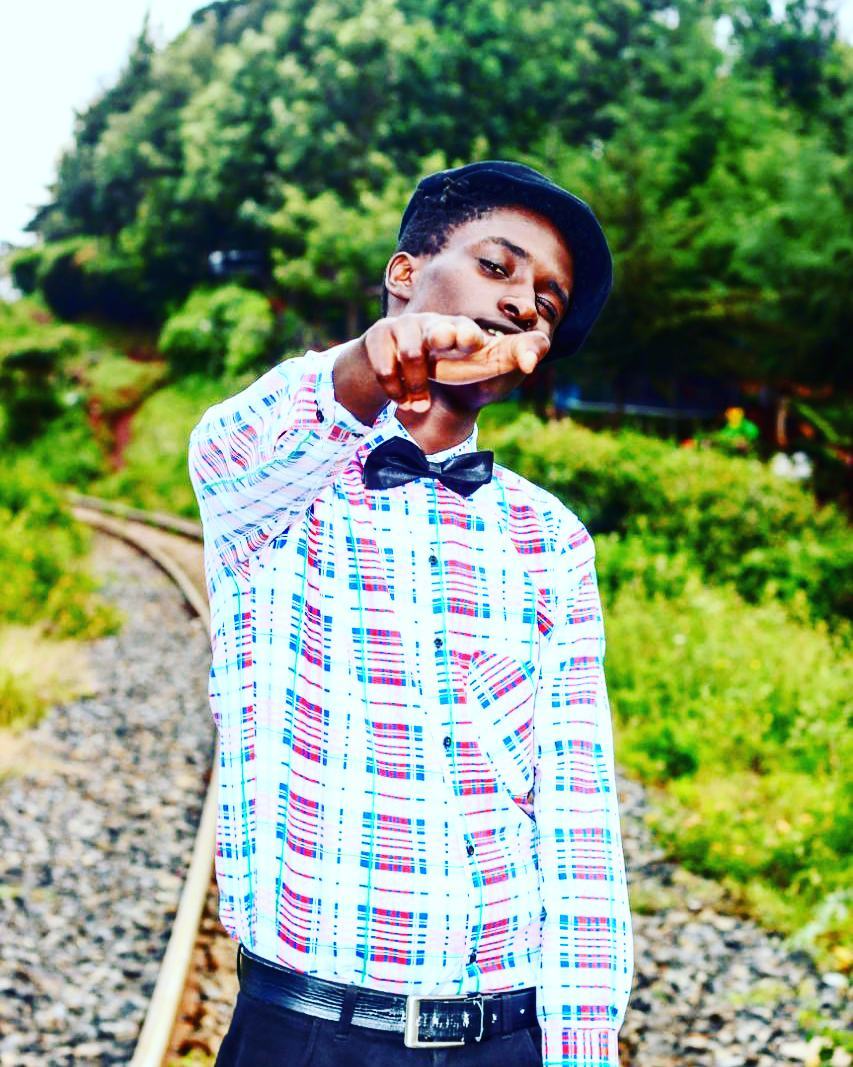 He is undebatably a rap prince, unarguably the next big thing in the hip hop scene. He was in Talanta Mtaani, and in copious other projects in the country. Here is an upclose with TheBoyBleezy.

What is your real name?

My Real Name is Brian Oyuga. My Stage name is “TheBoyBleezy” Which is derived from the greek word  bleezus  meaning prince.

How did you earn the name bleezy?

I once had a dream of my Grandma who kept calling me that and when I woke up it stuck (laughs).

When did you start rapping

I’ve been rapping and writing rhymes since class 4, but I started Recording tracks after my Form 4. It’s been a year since.

What inspired you to get into this industry?

My Inspiration from rap hugely grew from
my Uncle who was a gospel musician at the time when I was in class 4. I would take him to shows and interviews.We even did a couple of songs together, but he passed away unfortunately. I immediately felt the urge to accomplish what he couldn’t ,though am sure he would be big if he was here with us.

Would you trade music for basketball?

It’s funny you ask that because am tall and yes I played basketball in highschool but that’s just as far as it goes. I love music and the feeling I get when people tell me that they f! With my tracks is amazing.The court was good but rap must have grown in me. It’s like it’s always been a part of me all along.
I would even create melodies when idle.

Are you in a relationship?
Yes I Am
I was actually in a relationship before I decided to go commercial with my music and my damsel has been there through the journey. She encourages me to keep doing this. Big up to her!

You being in a relationship does it, at some point interfere with your music career?

Not yet, but people keep telling me it will. We’ll just cross the bridge when we get there. I guess the case is different when you are dating someone who supports your dreams and ambitions.

Are you studying?
Nope .I Haven’t joined campus yet. And am not planning to. I wanna focus on my music 100% . School would be a distraction. Though I don’t encourage anyone else to do the same.If you can balance between your talent and your studies please do.I couldn’t . I had a talk with myself and realized five years from now I’d rather be touring cities instead of working a 9 to 5 job in a suit. so I followed my passion !

Where can people get your music and other projects?

You can get all my tracks on YouTube… search “TheBoyBleezy”, Also up for download on audiomack. I have an album dropping in April 2019. It will be my first iTunes upload. Y’all Have to go get that !

What are some of your wins?

I’ve performed in a couple of events around the city. I couldn’t name all of them. Am always on stage every weekend. my biggest event this year ( 2018 ) must’ve been ‘Lewa na Game Night’ that went down in Karen. I met alot of Kenyan celebs who loved what I did on stage. It was actually a plus in my career. I’d do it all over again. I haven’t won any music award yet, but I believe things are going to be different from next year. The Biggest Up in my career probably was Talanta Mtaani that airs on KTN !
I met alot of talented acts and learned alot from other people.I also got the training I needed to be in this industry. 2019 is going to be nice and easy Musically. You watch me !

Are your parents supporting your grinding path?

My Parents aren’t really for the idea. Especially when I ruled out school and decided to go with music. I understand their stand because I doubt if any parent would allow their son or daughter to  rule out school.  They later realized I was serious about my decision and just wished me luck.

Do what moves you !!

How can a fan get you on social media?

I have the same handle everywhere…
@theboybleezy

VLOGGING FROM KENYA TO SPAIN, HERE IS RANDY KING’S STORY