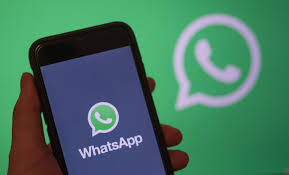 I’d really want to talk about corruption in Kenya, but instead lemme tell you about Allan.

I don’t know Allan, I have never met him before. All I know is that Allan was dumped while we were in a matatu on our way to CBD.

I was sitted a seat adjacent-behind him. I tried to fight the urge of peeking at his enormous Samsung gadget but the lingering thirst led me to helping him read his WhatsApp texts. He had a good English on text, at least, you could hardly tell that by looking at his coal-dark complexion, protruding eyes that hid behind clear glasses and a cheap way of dressing that they call ‘keeping it simple.’ please don’t judge these books by their covers!

“You are a player Allan! Don’t even try justifying that!” A text read.

“But I explained to you I don’t know how it got itself there.” Allan typed, then swiped back to check other messages. He unread the two chats that stood pending then tapped on BOOBEAR.

“It’s over!” Boobear had replied.

I really wondered what was going through his head at that very moment. I took a break to look outside the window as Allan contemplated on how to reply to his Boobear (at this point his current ex.)

When I ‘giraffed’ back to his direction to continue following, Allan had only typed “Can we …” He kept his two thumbs ready to type but it seemed no explanation nor idea came to his wits.

He deleted the text, then made it clear what exactly erupted the strife, ” that G-string has been in my room for the past two weeks, I personally thought it was yours, I cant play you, please understand me, hear my cry Rita.”

“I can’t have this conversation now!” Rita replied, followed by the emoji with a zipper on it’s mouth.

“Are you for real? We had talked about this. Can we just sort this once and for all? We can’t live like this” Allan tried his luck, pushing every apologetic button.

Allan tried calling her but “line busy” popped up after every attempt. I felt like taking the number and try calling her myself to help a brother, ya know. Maybe luck could shine on me.

He finally clicked his gadget’s power button then slouched back on the seat, divested his glasses, flashed his palm across his temple then wore back the glasses.

I was pulled back to reality. I was still stuck in the snail-pace Nairobi traffic.

I felt like tapping Allan shoulders and whisper into his hairy ears, “take heart bro, Go for that girl who left her G-string at your place, she had all this figured out.”