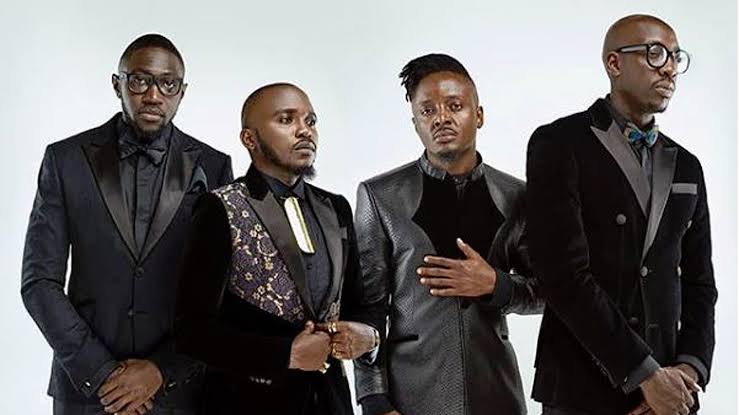 Sauti Sol has waved their flag of relevance and musical mavericks in over a decade now. An afro-pop sensational band that started off as an a capella group is now everyone’s cup of coffee. They strode into the game in 2005. The squad, if you may, met at Upper Hill High School.

Sauti Sol has collaborated with artists from other African countries and beyond. They recently featured in Burna Boy’s album Twice As Tall with a song called Time Flies. They nailed it!

The Band has also had copious tours in Africa and Europe which turned out amazingly successful.

What are the names of Sauti Sol band members?
Sauti Sol is made of four super talented artists; Bien-Aimé Baraza, Willis Chimano, Savara Mudigi and Polycarp Otieno. The prior three met in highschool (Upper Hill High School) while the talented guitarist, Polycarp Otieno joined them later while at the Alliance française.

How many albums do Sauti Sol have?
Their very first, rather debut album was called Mwanzo which was dropped in 2009. In 2011, they dropped Sol Filosofia then banged their fans with an Ep titled Sauti Sol in 2012. In 2015, they dropped off Live and Die in Afrika which did very well. Afrikan Sauce landed in 2019, then in 2020 they dropped off Midnight Train which has snatched the wave.