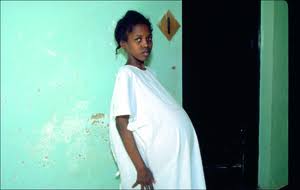 SHE WAS A HALF GODDESS A HALF HELL

You’ve never been more glad that you were not her. You were never her. Because if you were, if you were ever her, it would be you today in that casket that’s cheaper than the pastor’s shoes, little droplets of sweat forming a canopy over your nose because you’re dead. It’s funny with these sweats though. Why do they say the dead have rest when they still sweat? I know I’m digressing. But God forbid that you should suffer Atieno’s fate. For you’re a daughter after God’s own heart. You with your goody goody flat ass.

“Our sister has lived a good life. She’ll now know rest”, the pastor, solemn, intones.
You twitch your nose in disagreement because every bit of that sentence is an outright lie! Atieno hasn’t known any rest in death or she wouldn’t be sweating so profusely in that ugly casket. And a good life? What good life? She lived no good life. No, Actually, she lived no life. You know it. The flies hovering over her casket knows it. The pastor himself can attest to never ever receive any tithe from her so he too knows it. Hell yeah! Everyone knows it.

But that is not any of your fault, is it?

Or is it your fault that she was born out of wedlock to your mother’s sister who couldn’t even live long enough to take care of her bastard daughter? No. And when your do-goody mother brought her to your house, you were only too happy to have someone clean after you. She was so lucky she had someone to clean after. If you guys weren’t the perfect christians that you still are, Atieno would be out in the streets scavenging with her ilk.

But she lived with you guys. She did not become your sister, but she ate your food. And she went to your school, at least for sometime. Atieno was daft, she was glib, which wasn’t surprising seeing what she was. A bastard. Bastards aren’t supposed to be intellectually capable, are they? But you, not cumbered by ridiculous tasks such as cleaning, digging, cooking and every other adjective relating to Atieno, you became an academic meteorite. Passing those exams with your powerful mighty mind.

And then one day she commited the worst form of atrocity possible under the sun. Atieno swallowed a child. What a demented fool! How could she be heavy with child. You were in class seven then and you were outraged. It was annoying enough that a boy, any boy should even look at her twice. But she’d gone ahead and got pregnant with one! She, with her ancient dresses. No boy had ever paid any attention to you. And yet you were her better. You observed her protruding belly with ire. You were angry, and you were jealous. Your parents raged on and on about her ungratefulness and her appetite for swallowing children. Your father (God rest his soul) was particularly eerily silent over the whole fiasco. He seemed only too eager to avoid locking eyes with Atieno. So much unlike him.

Atieno had to abort that thing, your mother demanded ( God rest her soul too). One bastard was bad enough, but two! Even you with your grade E in math knows that two is more than one. She had to abort. It was decided. Your father agreed. It was the only time he ever opined to anything since Atieno swallowed a child. But Atieno. She just sat there like a stone. Her face, an emotionless mask. So removed from it all. It was like she was there but not physically there. Like she was an invisible spirit hovering about silently. Watching. Observing. Existing only in her realm.

And then she left. Not in the normal way people leave. She did not pack her bags and bid y’all a see-you-soon. Your mother did not throw her out, telling her to go find another home. No. One morning you woke up and she was just gone. Like she never existed in the first place. Like she’d never been nothing real, just a dream all along. A dream that you were finally waking up from that morning. A dream that your father seemed to have woken up from rejuvenated. Vibrant even.

Even today twenty two years later. Seated among other mourners, a part of you still believe it’s all a dream. A dream that has a boy with a very familiar face eulogizing Atieno. He’s an exact younger copy of someone you once knew and loved. Someone, someone who is, who is, who is…. your father! He looks exactly like your father.

“My mother taught me how to be strong”, this boy visibly in his early twenties is saying.
“My only grief is that she’ll never taste the strength of my arms like I did hers. I often thought of my mother as being a half goddess a half hell”. The crowd laughs. You laugh too.
“She gave me the only thing strong enough to help me ride atop the chariots of life; a good education. To that I’ll be forever grateful, because my mother wore strength and darkness equally and well.”
You have no idea how right you are! You want to shout but your mouth won’t open. You want to stand and applaud but something has just locked your knees.

This boy’s eyes swells in tears. You notice how those eyes looks exactly like your father. And then his gaze is transfixed at you. And you feel those eyes, your father’s eyes boring into you, reading from your soul. And yet they’re so kind, so loving. And then his face begins to blur. Now you can’t see him clearly. That’s when you realize you’ve been crying too. Because this is not a dream. Atieno was never a dream. She was a half goddess a half hell.

NO DRESS, MY CHOICE

SON OF THE CHIEF