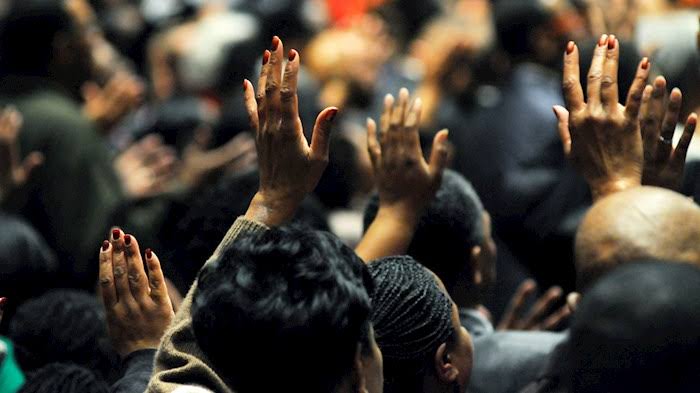 YOU guys are amazing. I know this because the moment you read ESCAPE FROM SOUTH B you realized the title didn’t fit the story. You also asked for a part two. So here we are. Shall we?

The church was packed. Only elderly people were here. The church was dimly lit. The lights screamed one thing,”Hey the offerings money was used to buy the pastor a 20k handkerchief. “

There were holes on the mabati walled apartment. It registered in my mind that this was a middle class church, whose main agenda was chasing salvation and a way to enter the kingdom of God rather than polishing a church. These are the same people who twerk at the idea that the church is just a building but the real church is an individual.

I took a seat next to an old lady. She seemed massaged by life problems really well. Even in the dim lights, I could see patches of something on her blouse-an indication that once in a while she drank tea with sugar. Her face was composed yet you could see she was fighting battles inside. As I turned to face the pastor, who was making a lot of noise, her beautiful, dry lips formed an ‘amen’ or so I thought.

Slowly she rested her eyes on my beautifully framed forehead. I could feel it. I always do. But it was the word that I was focused on grasping.The church has never been my best friend but I realised it was the only friend at this moment where exile knocked me out of the house without warning. The pastor seemed to have a slim knowledge of the Bible, for he read a verse and fenced it with a few jokes of his life. And that was it? Like you tell people Jesus walked on water because of faith, and there is no further discussion? Come on!

I started getting worried. While I questioned how my night would be spent, the service was ending.There were a few announcements and everyone took their torn Bibles and walked out.You could feel their discontented voices if you had the ability. Another day of mediocrity!

It was dark outside. The woman I sat next to looked me in the eyes, shook my hand and hugged me so tight. It was motherly. It was therapeutic. After that she smiled at me and vanished into the thick darkness through a thin corridor.

It is here that my journey began. I tacked my hands inside my breasts (for warmth purposes) and hugged myself. I followed the path that led me to the church and I was on the main road.There was noise from a nearby kibanda. I was so curious to find out what it was.However,when I reached there,a drunkard had mounted himself on another, and it seemed they were having the best conjugal visit of a lifetime. I was so ashamed but praised the guy for his awe-inspiring work, for the look on the woman’s face, if scrutinized well,would tell you that she has endured 22 seconds that would directly send the guy to win the Oscars.

I looked away.For the first time I had walked out on people who would obviously be having lungula and just walk on others having it just besides the road. This madness, I tell you,I have witnessed a couple of times.

The two said some drank-ish stuff I couldn’t understand and staggered their way, maybe to where they lived or to another spot or even to a bar. I walked slowly, calculating every step I made. The cold was eating my bones and if you asked me to remove my trousers, you would be greeted by a shrunken mhoigos. My balls were dying!

It was late and I was tired.I went to a kibanda and asked one Maasai if I could stay their with him. Just as any good Samaritan, he agreed. I struggled to find sleep and sleep struggled to run away.My girlfriends came singing some akorino hip hop music while biting and sipping my blood. Some surrendered after realizing my blood didn’t contain the necessary nutrients while those with taste continued enjoying my blood full of anger and disappointment. Mosquitoes hazina huruma!

I woke about at around six in the morning. My nose was blocked and my chest was heavy. There was no Maasai in sight. My ass was hard like a block and safari hands were all over me. There was pain and confusion, anger and hatred in my eyes. Yet when someone asked,”niaje buda,” I managed a smile. Life was sweet huh?

WHEN IS THE RIGHT TIME?

Wow this is such a nice piece

Awesome piece brother
#another one

this is an interesting story.Keep up Cartoon!!